Past catches up with Albanese, but is Rio back to the future? 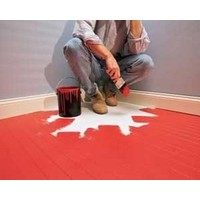 Rio Tinto tried to pull itself out of the frying pan by seeing off its CEO Tom Albanese yesterday. But has the mining giant tossed its shareholders into the fire with the unexpected appointment of iron ore and former car salesman Sam Walsh as Albanese’s replacement?

Walsh has been either on the board of Rio or part of the senior management team in all the poor decisions made by the company with Albanese at the helm – the $38 billion Alcan purchase (now written down to just $10 billion), the failed bid by Chinalco to double its stake in the company, the ensuing arrest and jailing of four China-based iron ore salesmen, the failed BHP/Rio Pilbara merger, the Mozambique coal mine.

Albanese had dodged the bullet that was always going to end his six-year tenure as chief executive of Rio so many times that it was actually a surprise the company’s board found the gumption to pull the trigger when it did.

The world’s second-largest miner showed appalling lack of judgement in mergers and acquisitions. It took another turn for the worse yesterday when it announced a $14 billion writedown on its ill-advised Mozambique coal purchase and across its benighted aluminium business.

Affable Albanese’s public persona was reassuringly dull – not for him the big-talking enthusiasm of Fortescue’s Andrew Forrest or the dismissive wear-your-brain-on-your sleeve confidence of BHP Billiton’s Marius Kloppers. Yet unlike Forrest, whose insistence on talking up every magic moment in the development of the “third force in iron ore”, or Kloppers, who has gained a reputation as the man who can’t put a big deal away, Albanese has had compliant capital markets which his board allowed him to use the company’s weight to merrily keep buying his way to growth.

If Kloppers had not run into the obstacles he had – the Canadian government, the Australian regulator – he may well be in the same boat. Still, in the year or so before Rio and BHP would announce their extraordinary attempt to turn their then-effective duopoly in Australian top-grade iron ore into a monopoly, Kloppers has comprehensively outplayed Albanese where it matters most for large corporations – not in the mine or sales calls, but in Canberra’s corridors of power.

As an American, Albanese could perhaps have been forgiven for not understanding the particular dark art of greasing the wheels of Australia’s Parliament. For that he would have leant on his two most senior Australian executives’ one-time strategy boss – and more recently energy chief Doug Ritchie, who followed his boss out the door last night.

While the diminutive South African Jan du Plessis now seems even more firmly in control of Rio than ever – a strategy his counterpart at BHP Jac Nasser is mimicking – it’s Walsh who will lead the company’s day-to-day operations. While Rio is technically a UK company, its biggest revenue line is iron ore and the majority of its profits come from Australia.

It’s been quite some time since an Australian led either of the two biggest companies that mine the rocks underpinning Australia’s extraordinary decades-long economic success. Last year, iron ore and copper together made up 83% of Rio’s profit. Iron ore was a whopping 75% of profit and copper 8% – a figure that should grow when the company’s Mongolian venture Oyu Tolgoi comes on line from this year. In contrast, aluminium 5% and diamonds 4%.