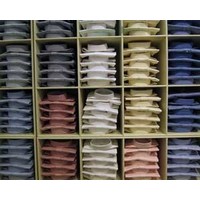 But is Zahra is the right person to implement the turnaround? DJs chairman, Bob Savage, had to hose down media and analyst speculation yesterday that the company was about to axe Zahra, who has only been in the job since June 2010, suggesting the market is unconvinced by Zahra’s credentials and the plan itself. The share price fell more than 12% on the news of the two-year plan.

When Paul Zahra took the reins from former David Jones chief executive, Mark McInnes, the retailer was growing revenue and profits; the problem was the retailer’s ‘culture’. After claims of sexual harassment by one of his female staff, McInnes resigned, admitting he had “behaved in a manner unbecoming of the high standard expected of a chief executive officer to a female staff member.”

The incident sullied the company’s brand.

Zahra brought a steady, level-headed style of management to the company. His impact on the corporate culture – for good or ill – is evidenced best by the departure of some senior staff, including the finance director, Stephen Goddard.

The problem is that the company’s performance has been trending downhill ever since Zahra took over the role. DJ’s share price was around the $5 mark when Zahra took over, and had risen from about $2 during the McInnes leadership. Net profit after tax rose in the four years to 2010 from $109.5 million in 2007-08 to $156.5 million in 2009-10.

The plan released by DJs today is a substantial and long-term one, and that is a good thing, says retail industry fellow at Deakin University, Steve Ogden-Barnes.  “We have seen lots of business cases, for example in the United Kingdom, where a large number of short-term fixes [by retailers] have only delayed the inevitable [collapse]. There is no harm in having a long-term strategy that tells the market where you need to be competitively.”

Ogden-Barnes says investors should be looking for signs of flexibility in DJs’ plan and in Zahra’s execution.

The program of change – which will cost about $80 million per annum – is designed to transform DJs into an “omni-channel” retailer; one that welcomes customer through a variety of channels —including stores, websites, direct mail and catalogues, mobile platforms, social networks, home shopping and gaming – and makes the experience a consistent one, no matter how customers choose to shop.

The right leader for any change program is one with experience in the critical areas of change, Ogden-Barnes says. “The job anticipated should always be held up against the candidate. If you know one of the key issues is culture, you look for experience in changing culture; if you know supply chain and distribution are the issues, you want someone who has overseen the chain of a problematic supply.”

Zahra’s operational credentials are strong. His retail career began 25 years ago as store manager at Target. After eight years on the floor, he spent nine months managing the iconic Melbourne department store, Georges, owned by David Jones, before its closure in 1995. Since then he has held operational roles at David Jones until taking the top job in June 2010.

Zahra’s experience puts him in a good position to effectively manage two parts of the retailer’s three-pronged strategy.

• “Strengthening its core business”, which includes refurbishments, improving sales, and cutting costs by $30 million over three years, restoring its gross profit margins to between 39.5% and 40% (GPM was 37.9% for first half of FY12).

Zahra’s expertise in building an online business, the third prong, is undemonstrated.

• Omni-channel transformation – a critical part of the project – includes a ten-fold increase in the number of products on sale online (from 9,000 to 90,000) and expanding the range of channels – mobile, web, social media and call centres – through which customers can buy from DJs.

Zahra needs to benchmark his transformation against global competitors, Ogden-Barnes says. “A strategy that accommodates global best practice, for department stores and retailing generally, that is going to cost you in consultancy and research, but that is the cost of doing business,” he says.

Walker is willing to give Zahra the benefit of the doubt for DJs’ current troubles, saying the problems started before Zahra’s time. He says: “When you come off brand, there’s a lag effect. It takes a great period of time for it to become more systemic in the business. That was before his time.”

Walker says the board’s faith in Zahra is important because the board is well-regarded.

The difficultly for DJs is whether its investors will stay the course on the change program. Although boards and executives are frequently criticised for “short-termism”, shareholders are notoriously impatient and fickle. Analyst Morningstar has shifted its rating from “accumulate” to “reduce”.

“Investors must appreciate they are in one of the most volatile sectors there is,” Ogden Barnes says. “You can’t as an investor point the finger exclusively at the board of directors and executive: sometimes companies hit storms; you can’t blame the captain for the weather.”

In its announcement, DJs points out its strengths to shareholders. Its profit after tax of $85 million, although a fall from the comparative half last year, represents a net profit margin of 8.4 per cent. DJs will pay a fully franked dividend of 10.5 cents per share.

Zahra’s capacity to transform the company’s culture is a key part of the retailer’s future because the company needs to “walk the talk” of change. “Wal-Mart in the United States and Tesco in the United Kingdom organise their activities about a common message, a clear value proposition,” Ogden Barnes says.

“It is not just smoke and mirrors, and the key to that is engendering the right business culture. For example, in the [supermarket chain] Aldi, the walk matches the talk, and that matches the message. Those three things in David Jones need to come together.”