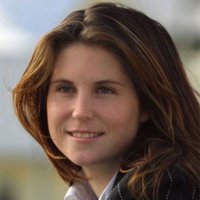 One of the greatest highlights of my life was walking out of a train station about 13 years ago. It was a cool day in January on my first ever trip overseas and the train station was in Rome.

It was Colosseum station to be exact. As I walked out of the station, the crumbling façade of one of the world’s most beautiful and iconic buildings hit me straight in the face. It was an epic moment in my life. The Colosseum is not perfect in its preservation, we all know that, but it is still somehow absolute perfection.

On the same trip, me and thousands of others that hour alone flocked to see the Leaning Tower of Pisa, famed for its imperfection.

Venice, the most romantic city in the world is slowly but surely sinking further and further into the ocean – that’s hardly perfect, but if you’ve ever been there you’ll hardly take that away as your strongest memory.

And Florence. Ah Florence, my favourite Italian city and the home of Michelangelo’s Statue of David. And as ripped as his abs look – I doubt any man these days sculpted as such in all his glory would be happy to say it describes perfection. (Of course, I’m talking about his disproportioned hands here).

I’ve said it before and I’ll say it again – take a pass on perfect.