Perform or you’re out: Why Matt Barrie wants his employees poor, driven and hungry 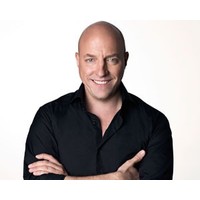 The online job-market company, Freelancer.com, has 4.3 million users, $50 million in revenue, and $645 million worth of work up for grabs to willing bidders.

Its founder and CEO, Matt Barrie, is a tough leader by his own admission. He has unbounded ambition for his company.

“We are trying to recreate a ‘country’ in software,” he says. “We have our own economy, our own workers, our population just over took that of New Zealand, we have our own financial system, and a legal system for dispute resolution.”

His approach to leading his 200 staff is, I’m tempted to say, ruthless, but Barrie doesn’t see it that way.

He wants his people to be “hungry”, to stay until the job is done, to be thinking about how to solve a work problem while in the shower. Work/life balance is not on Barrie’s agenda, and he doesn’t want staff who care about it. “You want people who are hungry,” he tells LeadingCompany. “If you hire people that are not hungry, they check out at 5.01 pm, and they wander in each morning saying, ‘where was I yesterday?’ I only want to hire people who want to work with me, then to inspire them, the super-smart, the passionate who take the initiative. I call them poor, hungry, driven.”

Barrie is in a helluva rush. “We are aggressive in terms of our competitive strategy, we think outside the box, and move extremely quickly. There are internet companies that are hitting a billion in revenue in two to three years. We’re only at $50 million. It is about hyper-growth.”

His biggest leadership challenge is hiring, he says. Predictable, you might think, but his problem does not stem from lack of applicants. “We hire a fraction of the people who apply,” he says. “We set a pretty high bar; we have a rigorous exam.”

The best hires are referrals. “You want the friends and peers of all the people you have hired.”

Barrie also scoops graduates from Sydney University, where he has taught for the past 12 years. He picks up the hackers from his computer and network security course, and the standout students from his technology venture creation unit.

At the executive level, hiring the best is more difficult. It is literally rocket science, in Barrie’s case. In his leaders team are rocket scientists, quantum physicist, robotics experts, mathematicians and statisticians. “It’s like a hedge fund,” he says.

Barrie want to give his executives autonomy, so he is hard on non-performers. “I am much harsher on people at the senior levels. There is not much room for error; you either perform at A+ grade, at the Harvard or Stanford grade, or you don’t  cut it, and you move on. We fire quickly.”

Getting the best from the best

Once he has the right people in place, Barrie is all about autonomy – that is from the top to the bottom of his business. Everyone is CEO of something. “Everyone has to own something. You are the CEO of that little division, or that web page. You hire people smarter than you and give them responsibility. You set them on track with the vision and stand back. Some people love that, and some cannot handle it.”