Peter Cosgrove to be next governor-general: Five leadership lessons 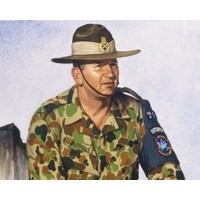 Cosgrove has long been considered the most likely candidate to succeed Quentin Bryce in the post, but speculation has been mounting over the past five days of an imminent announcement.

In 1999 he came to prominence, commanding the international forces in East Timor, leading the country’s transition to independence.

Since leaving the military Cosgrove has held a variety of positions including working as a consultant for Deloitte Touche Tohmatsu and being a chairman of the South Australian Defence Industry Development Board.

In March 2006 Cosgrove also oversaw the recovery efforts to repair Northern Queensland from the damage of Cyclone Larry.

Currently he’s a chancellor of the Australian Catholic University and is a member of the Qantas board.

Widely respected and renowned as a good communicator, here are five leadership lessons from Cosgrove:

Working in East Timor, Cosgrove was able to combine his roles of soldier and diplomat with much success, winning accolades for his approach internationally.

Following his work as the commander of the United Nations-backed East Timor peacekeeping missions, in 2001 Cosgrove was named Australian of the Year.

But for Cosgrove, the award wasn’t a time to revel in his success.

Accepting the award, he dedicated it to all the people who served in East Timor: “I did a lot of the talking, they did all the working,” he said.

When winning the award it was said “in every respect Peter Cosgrove demonstrated that he is a role model. The man at the top displayed those characteristics we value most as Australians – strength, determination, intelligence, compassion and humour”.

Cosgrove has been labelled an “excellent” communicator by the Lowy Institute for International Policy military fellow James Brown, according to The Sydney Morning Herald.

Brown says the military leader’s ability to communicate with people from all walks of life in a direct manner, a skill which was fundamental to his work in East Timor, has set him apart from other military personnel.

“I think military people make good governor-generals because they are used to being apolitical, which is very important in this role,” he said.

In an interview with The Bottom Line, Cosgrove said leaders need to be willing to “get out there and broadcast a message”.

“You need to have an ordinary, but emphatic dialogue with people. Somebody who sits there and types emails out to the work force thinks they’re communicating and they are but to a very limited degree,” he said.

“So much of leadership is personally based, where people want to know are you a living breathing entity. Leadership has got to be based on EQ as much as IQ.”

Since retiring from the military in 2005, Cosgrove’s profile has continued to rise as he’s regularly completed public speaking engagements, delivered lectures and even appeared in a beer commercial supporting the Raise a Glass initiative.

Cosgrove’s emotional intelligence is particularly clear in his diplomatic skills. When first touching down in Dili, East Timor, he disarmed and ordered his colleagues to do the same.

The move was a powerful gesture to the Indonesian forces waiting for his arrival, showing his confidence in their security arrangements.

In evidence of the region’s respect for Cosgrove, on his last day in the country in February 2000 Xanana Gusmao, who later became the first president of the new East Timor, gave him his Falintil (the indigenous resistance movement) uniform.

Speaking to The Bottom Line,Cosgrove said even the best leaders make mistakes.

“There’re no perfect leaders, but there are people who are perfectly intended. That means every day when you get something wrong, and you will… you’ll try to do better the next day so forgive yourself and got on with it,” he said.

At the age of 22, Cosgrove was first sent to Vietnam where he led an infantry platoon and for his service he received a Military Cross in 1971.

Thrust into leadership at a young age, Cosgrove said other young leaders need to know “it’s not a hobby”.

“You try to tell young people as they are coming along into leadership positions it’s not a hobby, it’s not like playing a game of chess or something online, come back to it after you’ve had a snack, you are leading in a holistic way non-stop, you don’t bundy off,” he said as quoted by The Bottom Line.