Pope Benedict makes history by resigning: Could you lead in your 80s? 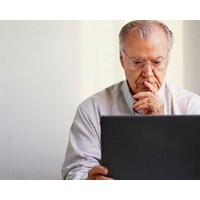 In a shock announcement yesterday at the Vatican, Pope Benedict XVI signalled his retirement.

“In order to govern the ship of Saint Peter and proclaim the Gospel, both strength of mind and body are necessary, strength which in the last few months has deteriorated in me to the extent that I have had to recognise my incapacity to adequately fulfil the ministry entrusted to me,” the 85-year-old pontiff announced in Latin. When he became Pope at 78, Benedict was already the oldest pope in 300 years.

It’s a monumental decision, and not just because the papacy is the spiritual head of the world’s 1.1 billion Catholics. In announcing his retirement, the Pope made history because generally, popes don’t retire. Benedict’s predecessor, Pope John Paul II, stayed in his role until he died at 84, despite frailty in his later years.

Most of his predecessors also held the papacy for life. The last to resign as was Pope Gregory XII in 1415. He stood down to end the ‘Western Schism’ when two rival popes claimed legitimacy, thereby uniting the Catholic Church under one pope. Before that, in 1294, Pope Celestine V issued a decree saying popes could resign, and then promptly availed himself of it. He lived the rest of his life as a hermit.

In recent years, some have argued that the modern demands on the role have become more taxing. Televised addresses and frequent visits overseas, not to mention far higher scrutiny, make being the Pope a far more difficult role.

In many ways, the increased demands on the papacy mirror the demands made of modern corporate leaders. They’re expected to constantly communicate with their staff, to use and understand technology, to react quickly to a fast-changing competitive landscape.

And while there’s a lot to be said for the pleasures of retirement, leaders shouldn’t feel pressured to hand in their security pass when they hit a certain age, says Dr Hilary Armstrong, from the Institute of Executive Coaching. In fact, she argues, they’re uniquely positioned to deal with many of the complexities of modern leadership.

“Certainly, as one gets older, one gets more tired. If you look after yourself, that can be mitigated to some extent,” Armstrong says.

But the broader issue is the changing nature of leadership, she says, which in many ways favours older leaders over younger ones.

“Traditionally, leaders have been promoted on the basis of their subject-matter expertise. But in this new world of technology and globalisation, leadership can no longer be about knowledge, which has been democratised. Rather, leadership is about experience now.

“The role of the leader is one of mediating and coaching, and of helping others to take up leadership. It’s not about command and control.”

Armstrong says older people are often better at controlling their ego, which means they can fulfil such mediating roles more effectively.

“But for that to be the case leaders need to keep up with what is changing in the world. They have to understand what new generations are growing up with. One of the most important roles of leaders these days is to have the intellectual and relational capacity to lead complexity.”

Ultimately, with an ageing workforce, people are working longer, which means many of the people occupying the upper echelons of corporate life are doing so at far more advanced ages than before.

Armstrong acknowledges there’s still a fair amount of “ageism” in the workforce that can discourage able-bodied and able-minded executives from sticking around. But she says economic necessity is likely to change this.

If so, we might see far more leaders joining Warren Buffett (82) and Rupert Murdoch (81) in leading into old age.