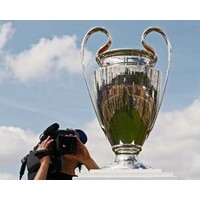 To the cynics, they’re the perfect bookend to a glittering corporate career; a feather in the cap of a business legend looking to cement their legacy with a late-life burst of benevolence.

The directors sitting on the nation’s not-for-profit “trophy boards”?—?the 25 or so mostly visual and performing arts jewels that any assiduous networker would give their unvested stock options to join?—?reads like a who’s who of ruling class gatekeepers.

Although usually unpaid, the fringe benefits are, of course, legendary. Which Eastern Suburbs magnate could seriously resist rubbing shoulders with Hollywood celebs at the Sydney Theatre Company, talking strategy with a real-life Murdoch or attending a private performance before the plebs even think about trudging to Ticketmaster?

But once you crack the club the reality of boardroom life is more prosaic. A number of senior players have said it quickly comes time to rip off the cufflinks, jump on the speed dial and give back some of the value and expertise you’ve been extracting from your employees for years. Fail to pitch in and you’re kicked to the curb, Apprentice style.

Simon Mordant?—?Museum of Contemporary Art chair, investment banking king, MOMA international councillor (the New York one), Wharton alumnus and STC director?—?says he takes a hard line on wannabe boardies who “frequently” approach him, some with fistfuls of cash but only tangential commitment.

“I would hate for someone to rock up to see me and say ‘I’ve got half-a-million dollars, you’ve got a great board at the MCA and can I be on your board? But I’d be really excited if the person said, ‘Listen, I’m really passionate about what you’re doing down there, I’d like to get involved in some way … that’s a very bona fide conversation.”

Mordant, whose MCA opened its triumphant $53 million renovation this year (with $15 million of his own cash for a “Mordant wing”), says some hopefuls are motivated for all the wrong reasons. But when the rubber hits the road it’s a different story.

“Inevitably you’ll become a convert with the issue or you will get off the board. It’s not a lot of fun turning up to a meeting when you’re not paid and you’re not interested in the underlying issues,” he said.

Still, the fights to get on trophy boards are legendary and tales of unedifying squabbles can be a major embarrassment if leaked. CVs are emailed furiously, life coaches are used as convert middlemen, the Australia Council badgered. And if those don’t work there’s always a fluttering chequebook.

One prominent Sydney player who was recently approached to join a leading performance arts board. “The chairman was telling stories about how they get CVs from all sorts of people looking to network or get their names in the program,” they said. “The issue is that they think the people they approach will be there for practical, get-the-job-done sort of reasons and they discover they’re really there for the free tickets, the booze and to watch the orchestra.”

Specific examples abound: ”I remember the head of a media-buying agency who approached one leading charity and ended up getting on the board. At the time the then-CEO thought he would come with a lot of gravitas and that he would lean on the networks and magazines to get free ad space. But he did absolutely nothing and had to be politely kicked off.”