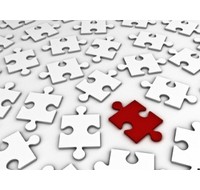 Leaders often get to skip ‘good process’ and simply act on their whims. Take the boss at my colleague’s former workplace. He inherited a team and fired the unit head who had the best profit-and-loss performance – and the best reputation as a people manager. Asked how he came to that decision, the boss said he owed no one an explanation.

Ross Johnson, when he was CEO of RJR Nabisco, arrived at meetings late, as did Henry Kissinger in the Nixon White House. And then there was the longtime power broker New York Parks Commissioner Robert Moses, about whom Robert Caro wrote a Pulitzer Prize-winning book. When Moses was told that a proposal of his was illegal, he laughed and said, “Nothing I have ever done has been tinged with legality.”

Many of us have worked with people who act as though rules are for little people and don’t apply to them. My colleague Bob Sutton made a small fortune on a book in which he called such self-centred leaders worse than jerks and encouraged organisations not to tolerate them.

Over the course of millennia, a heuristic association has developed between eschewing behavioral norms and possessing power: we observe that powerful people are able to ignore what’s expected and to do what they please. So conversely, when someone successfully flouts social convention, we assume that he must have the power to do so. Of course, with power, perception is reality. The effect – and this is borne out by research – is that flouting rules and violating norms actually creates power, as long as the culprit gets away with the behavior.

And what of the people who are subjected to the whims of bosses behaving in unpredictable ways? They pay a huge price. As the social psychology literature on learnt helplessness makes clear, our ability to navigate our world with confidence depends on reasonably predictable relationships between actions and their consequences.

When people (or, for that matter, dogs, rats and even fish) encounter an environment filled with random, bewildering punishments and uncertain, inconsistent rewards, three things occur. First, motivation declines. If you can’t possibly affect outcomes, why try? Second, learning suffers from the lack of consistent feedback. Could you learn to drive a car if from moment to moment the pedals switched from brake to accelerator and back again? The task would be impossible. And third, stress skyrockets. In fact, one’s perceived level of job control, according to research by British epidemiologist Michael Marmot, is an important predictor of longevity and health.

Companies face a real paradox, then: behaving capriciously signals, and might even create, the power that leaders crave – and that they often need to effect valuable change. But it also takes its toll on employees and potentially undermines organisational performance.

Trade-offs between individual and collective wellbeing are well recognised in sociobiology. Evolutionary theorists have long noted that what’s good for the survival and success of the individual is not necessarily what’s good for the group. The surprise is how little the management and leadership literature focuses on this tension in organisational life. We ought to acknowledge and explore the dilemmas it creates, not pretend they don’t exist.

Jeffrey Pfeffer is the Thomas D. Dee II Professor of Organizational Behavior at the Stanford Graduate School of Business. His most recent book is Power: Why Some People Have It and Others Don’t.