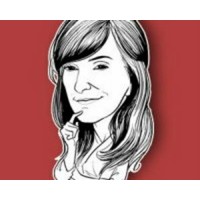 When Power Players hear the word impossible, they are already 10 steps ahead, trying to figure out ways to make it possible.

If you ever want to separate a room into two groups, lob the word ‘impossible’ into the conversation and see what happens. Power Players’ heads start working on how to make the impossible go away. They think aloud, ask why, and then put together a blueprint in their heads on how to solve the problem.

On a larger scale, what this says about Power Players is that they are perpetually set on positive. Their eternal optimism gives them the edge in pretty much every business situation because their position is one of possibility and promise.

Impossible means nothing to Power Players, and that’s a valuable lesson for all those aspiring to become one.

A friend of mine wanted to become a trader, so he did.

Given that to become a trader you have to take a bunch of tests, work without a salary for a long time and then lose a bunch of money as you learn how to do the damn thing, it really is an impossible dream for most people. Not him. It never occurred to him that he couldn’t do it; he just found a way to. And he’s still doing it.