Power Play: Learn when to stop 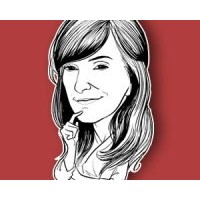 It might sound simple, but knowing when to stop is pretty hard to do.

Push too far, too fast and whatever it is you’re trying to achieve falls off a cliff. Don’t push far enough and the whole thing falls short.

It’s a tricky skill to master and Power Players know exactly when to stop. And the way they learn? They pushed a few things (or people) off a cliff.

You’ve got to get it wrong quite a few times before you know when to stop. It’s like driving a manual – you only find that midpoint in your clutch after you’ve stalled it a few hundred times, but once you’ve mastered it you rarely stall again.

Invest the energy and time to finding your own ‘stop point’. Once you’ve found it you’ll rarely push too far (or not far enough) again.

I was adamant that I wasn’t going to continue to work on a new business concept that was slowly making me crazy, despite being a fantastic idea and as close to a sure thing as possible.

A colleague reminded me that the reason it was tough was because no one had pulled it off before and not to give up or I would regret it.

Of course, I started to be disagreeable and that’s precisely when she stopped pushing. She’d done her job, getting me to think about how dumb it would be to stop when I was 95% across the finish line.

I took a breath, regrouped and didn’t give up again.