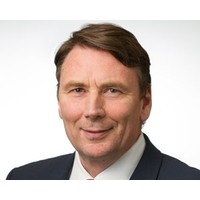 There’s something about David Thodey. In just three years, the Telstra chief’s been able to mend fences with customers and suppliers, and even with both political sides.

And while that ‘something’ may have a little to do with the fact he’s not his predecessor – the much despised Sol Trujillo – there’s plenty more that the man with a penchant for big, brutish hand actions has brought to helming the telco and being Australia’s most powerful business boss.

“I much preferred it when my competitors were incompetent or obnoxious,” iiNet founder Michael Malone, a Telstra customer and competitor tells The Power Index. “It’s astonishing to believe that he could turn it around this quickly. Telstra was so on the nose with customers and the government.”

Thodey has positioned Telstra (which could easily have been left in the dark ages with the advent of the Labor government’s National Broadband Network) to take advantage of Australia’s largest infrastructure project in decades.

And with the help of chair Catherine Livingstone, he’s negotiated a way to rid Telstra of its soon-to-be-redundant copper network, and make billions of dollars in the process.

Knowing a small miracle is required to see Labor win the next election Thodey’s also playing both sides of politics. In April, he labelled the Coalition’s fibre-to-the-node plans as “advantageous” to Telstra given the rollout would still permit Telstra to cash in by using its infrastructure – perhaps even faster than via Conroy’s plan. Thodey, always the diplomat, has not let on as to which broadband plan he likes best, preferring to say there are “pluses and minuses on both sides.”

The Perth-born CEO doesn’t behave like your average business boss. He gets around in a Toyota Corolla, prefers a modest suit and lives in a comfortable-sized home in Sydney. His most extravagant hobby is hiking. He was embarrassed about his pay packet when he first took the Telstra top job in May 2009 despite being “ridiculously underpaid”, according to one observer. A red-faced Thodey would frequently fly economy on business trips even though his counterpart, Mike Quigley at NBN Co, headed for the pointy end of the plane.

And he didn’t get to the top with the usual qualifications. He studied anthropology and English in Wellington before heading to the Kellogg Post-Graduate School in Chicago and then spending 21 years with IBM, an employer he credits for affirming his love of technology. He joined Telstra in 2001.

Thodey rose through Telstra during the Sol Trujillo and Ziggy Switkowski years and lived to tell the tale. He never stood out from his colleagues with his only “quirkiness being his normalness”, we’re told. He became CEO in May 2009, the third in less than 10 years, although the least flamboyant of the lot of them.

His appointment to the top job was met with skepticism, with few believing Thodey could break the tradition: just like his predecessors, they expected him to proclaim a determination to improve the telco’s dismal customer dissatisfaction record, only to resort to cost-cutting once he realised just how hard it would be to turn the titanic-sized Telstra ship around.

Thodey broke with tradition, and did so with understated Thodey style – although he’s still got plenty of work to do. Described as straight-up, personable and true-to-his word, the man has an uncanny ability to negotiate and quietly meet every individual in any given room.

“There’s no doubt that trying to affect widespread change at an organisation like Telstra is one of the hardest things you can do,” John Stanton, a former Telstra staffer and head of the Communications Alliance, tells The Power Index.

“I think David’s done an extraordinary job to get the numbers pointing in the right direction, to negotiate an admirable deal around the company’s involvement around the NBN, to start that process.”

Stanton cites the 2am emails he receives from Thodey to highlight his commitment, others talk of Thodey not leaving a room until he’s shared words with every individual present.

He never flies off the wall, either. As one long-time, close observer remarks: “His emotional range goes from being respectful to slightly annoyed. It just doesn’t vary a whole lot.

“He just gets the job done. He takes emotions out of it, ego out of it, and power plays out of it – and that’s a hard thing to do in a company like Telstra.”

And he’s patient, particularly with industry. Thodey showed a willingness to engage with all industry players immediately after being appointed to the role, a move that surprised many after years of being ignored by Sol.

“When David was appointed I sent him an email the same day and I got an email back and a week later we had a meeting and we were sitting down and talking about the industry and its opportunities,” says Telstra watcher Paul Budde. “We organised a dinner with the industry … He went to every single table, spending 15 or so minutes, talking to everyone.”

The Thodey style makes him a communication adviser’s dream – always on message, never acting out – but he’s hardly interesting fodder for a profile writer. Some might even go so far to call him boring.

But that doesn’t mean he’s nice.

Thodey swings his power internally, using facts and figures to back his calls on performance. If a division isn’t up to scratch, he’ll scratch out its leader. Still, he’s managed to restructure the business — making, at times, sweeping redundancies – and not emerge universally hated by employees, unions and the media in the process.

Now, he wants Telstra to get bigger. He recently indicated he’s after “selective M&A” in three areas: Asia, cloud computing and media. On the latter, there’s talk of Telstra making a play for troubled Nine Entertainment.

While iiNet’s Malone finds such talk of media acquisitions by Telstra concerning, he can still give his competitor a decent rap.

“The guy’s a gentleman,” he says. “This would have been a much more fun conversation if it was about [his predecessor] Sol!”