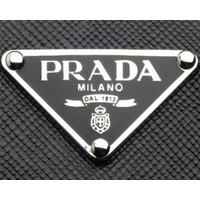 At Prada we have had to cope with our fair share of the unpredictable and the unexpected. Originally we planned to go public in September 2001, but the 9/11 tragedy, followed by the second Gulf War, the outbreak of SARS and a global credit crisis, upset our plans.

We reacted to these events in a timely and innovative way, seizing new opportunities, and launched our IPO in Hong Kong in June 2011. In the 1990s, we believed that our future depended on our ability to gain market share through acquisitions in Western Europe and the United States. But now we are focused mostly on our core brands, Prada and Miu Miu, and on emerging markets.

Despite the events of the past decade, Prada has prospered even as many other fashion houses have struggled. Perhaps more remarkable, we have retained our independence in an industry increasingly dominated by luxury conglomerates. The difference, I think, derives from our organisational culture. The values that guide our decisions, the way we organise ourselves, how we communicate with one another and with our stakeholders – these have changed hardly at all. Therefore, if a key to Prada’s success exists, it is related to these universal principles.

At many companies, managers try to maintain control by hoarding knowledge and restricting communication. Naturally, you must let people have control over what they do. But control must not become obstruction. A manager should be able to exercise it without limiting access to information.

Transparency between functions enables Prada to respond to changing market tastes very quickly. We don’t design for the sake of designing; our creative energy is integrated with our commercial ambitions. We’re not unique in this respect. In the 1970s Yves Saint Laurent, Chanel, Gucci and Giorgio Armani were also good at blending the creative and the commercial. To a great extent they, like Prada, owe their integration skills to a partnership at the top – in our case, between Miuccia Prada and me. People working closely with Miuccia in design talk often to people working closely with me on the commercial side. This enables us to be fast. It’s difficult to overestimate the importance of this capability in the time-sensitive business of fashion.

Go where the risk is

It’s easy to say now that the future of fashion lies in big emerging countries such as China and Russia. But in 1993, when we opened a store in Beijing, the world was a very different place. The memory of Tiananmen Square was still fresh. Hong Kong was gearing up for a communist takeover in 1997 and it was by no means clear whether China would tolerate the British territory’s capitalist model. In 1991 Boris Yeltsin had faced down a coup attempt by communist hard-liners in Russia. The West looked like a much better bet.

Of course, we weren’t alone. Louis Vuitton, Armani, Gucci and other French and Italian fashion houses invested in China during that period. What was it that made us all so willing to take the risk? To some extent, the answer has to do with our Latin cultures. Anglo-Saxons tend to export their own cultures rather than adapt them to suit local ones. They’re afraid, I think, that they’ll be swindled, and they negotiate their deals accordingly. The problem with this attitude, of course, is that no one appreciates being treated with suspicion or with little trust and confidence.

The Italians and the French are much less afraid to trust people in, say, China. We’ve always demonstrated confidence in the Chinese financial and legal systems, and our business partners and the people in the government appreciate that and reciprocate. We also respect our partners’ competence. Many foreign investors act as if they can do better than locals at making and managing things. But the Chinese are well educated and competent; they don’t take kindly to being patronised.

In our business, you cannot get anywhere without taking a leap into the dark. I’m starting to look now at Africa, which will be a huge market in 10 or 15 years. I think Africans will respond well to our approach to business, because they, too, are tired of being patronised.

Give respect to get performance

It sounds cliched, but to get the best from your people, you have to show respect for them. You could say that work is about duties. People have a duty to work hard for me, but I have a duty to respect them as individuals. Another duty I have is to help them learn. That’s a duty I owe to the company as well as to my employees, because a company whose managers take seriously the obligation to help their people improve will be a lot more competitive. Prada is rather good at developing talented employees. Many of our senior managers joined us as young people, and many of the people who have left us have gone on to launch successful businesses of their own.

In our business, people buy products not for their usefulness but for their own sake. In Prague and Milan, for example, the centres are paved with cobblestones. It’s hard to walk on cobblestones in high heels, so you might think that our stores in Prague and Milan would sell mostly flat shoes. But in fact most of the ladies’ shoes we sell there have high heels. Clearly, comfort is not the main selection criterion in luxury.

Because luxury is about the product itself rather than its function, small details – the touch, the exact look, the feeling it imparts – really matter. We sell thousands of products every year all around the world, which imposes terrific demands in terms of quality control. If the people making our products don’t see our managers taking every detail seriously, how long will our reputation survive?

I am a great fan of young people and their energy and idealism. I don’t believe in starting young managers off on the bottom rung. They won’t learn a lot there, and I won’t benefit from what they do know. When I hire young people, it’s because they have something to offer. They must appreciate what other people in the company do, but I don’t expect a young marketing hire to spend time stitching, because I need her to stay on top of what young customers are thinking.

As I look to the future, I am sure that we will make more mistakes. But so long as we stick to our principles and continue to keep outward-looking young people at the top of the company, I feel confident that none of those mistakes will be fatal.

Patrizio Bertelli is the CEO of Prada.