Power, consequences and the 200 ways to use influence wisely 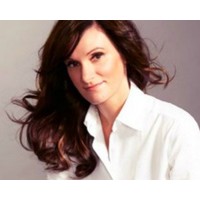 As a self-confessed “power geek”, the events of the last 48 hours which saw a prime minister removed by some of the same people who put her in the position three years ago, couldn’t be more relevant to Rose Herceg.

Nor could they be timelier: the entrepreneur, strategist, author and LeadingCompany blogger has just released The Power Book exploring the uses and abuses of power.

The book presents 200 lessons on the good uses of power and the ultimate responsibilities that come with holding it. At its launch Thursday night, her publisher joked that they should send a few dozen copies to the Labor party.

But Herceg’s book is more concerned with the politics of business and everyday life than the key men pulling the levers of our current government. Much of it stems from rejecting old-school Machiavellian power tactics to instead encouraging people to be more graceful, benevolent and mindful of the influence they have. Her lessons advise readers to do things like say what must be said, never be a cheapskate, be ageless in how you treat others, and avoid heckling.

“I’ve seen, sadly, so many examples of people doing the wrong thing while holding power over others,” Herceg tells Women’s Agenda. “You may have power, but you also have power to be kind and generous… I think everyone can learn to be more mindful and thoughtful.”

Herceg herself has held significant power throughout her career, although you wouldn’t know it Googling her name. Conceding she’s had plenty of “lucky breaks”, she’s not one for self-promotion (you won’t find her on social media) and says publishing this book is the first time she’s put her head above the radar in a number of years.

Herceg’s limited public profile could be traced back to lessons she learnt at a young age: having too much, too soon. Landing a job in the mailroom of an advertising agency fresh from studying communications at university, she worked her way up to planner, producer and strategic positions within a number of months. “I was green, naïve, and I just assumed you win. It never occurred to me that I would lose… It wasn’t out of intellect or bravery; it was out of stupidity. Stupidity is a terrific ally in business.”

She ended up in New York on a six-figure salary before giving it all up to launch her own social forecasting and youth consulting business, Pophouse. A number of years later she sold Pophouse to STW for “enough money to take a good few years off” – which saw her travelling aimlessly around the world not sure where she was supposed to be. “I think you’ve got to be tethered, or old enough to self-manage. I think it’s harmful to not have some place to be.”