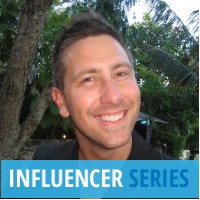 Drew Davies always thought his mobile bar business had the potential to be a great franchise network. But it took the 35-year-old Sydneysider almost 10 years to get there. Davies started an events company in 2003 and purchased what was then called OnTap in 2006. It wasn’t until 2011 that Davies decided to rebrand the company as Kubarz and take on its first franchise. Kubarz now has seven franchises and is as a group, turns over $1.5 million a year.

My background is in event management. I previously worked for a couple of large companies in the event industry in Sydney but I got to the point where I wanted to work for myself.

In 2003 I started an event company with a business partner that eventually acquired a beverage catering company called OnTap as part of its profile in 2006. We became so busy we decided to close up the other parts of the business and focus on OnTap. I bought out my partner in 2010.

The business grew at an exponential rate. It got to the point where we were receiving enquiries from all over the country from potential clients and people asking about running franchises.

We decided to franchise the business in 2011. We engaged a marketing company and went through the process of rebranding and finding a new look.

When I purchased the business, I always had franchising in mind for the future but the fact that we received enquiries before even advertising pushed us towards that goal a little quicker.

It took close to 18 months to get all the necessary operations prepared to take on franchises and to obtain the right trademarks for the rebrand. I’m all about attention to detail and I would rather spend a little bit more time getting things right.

Changing the name of the business was a big decision to make. The main reason was we couldn’t trademark the name OnTap because it was deemed to be a little generic. Without trademarking the name, we couldn’t have a safe and secure franchise network.

It was also an opportunity to strip back all of the marketing material I received when I bought the business in 2006 but didn’t create myself. We wanted some new marketing material and a brand name that was fun and interesting, and one that people could remember.

We relaunched the business in December 2012 and acquired our first franchise. The other franchises followed in a steady stream and in the last six months we’ve had more momentum and leads.

We now have seven franchises with a few more to come soon. Each franchisee generally has one business partner and anywhere between 10 to 40 casual bartenders on their books.

A successful franchise network is all about communication and support. I’m always conscious of the support I give my franchises and being there to guide them with anything they need.

We aim to go above and beyond to meet our client expectations, and that goes for head office as well.

Communication must come from the franchisee end too. Franchises need to tick a few boxes: they need to be committed and driven, and willing to succeed and drive their business. They also need to be willing to understand the systems we’ve created which work well. They can be creative in their marketing but it’s important to follow the system.

Business plans are essential. I have developed detailed operations manuals for our franchises and every box is ticked, detailed and easy to follow. We also sit down with the franchisees and look at their one year, two year and five year goals.

If you don’t have a roadmap, it’s like driving in the dark.

We want to continue to increase our number of franchises in Australia. At the moment we are generally on the east coast and there are other states we’d like to cover.

We plan to move into New Zealand and in the long-term, we want to expand to the UK and the US. But ultimately, if we move internationally we’ll probably look at a master franchising agreement as it would be too hard to provide the same level of support.

Catering is a competitive market, but more so for traditional food caterers. There are only a handful of beverage caterers so we are in a niche market. But as awareness grows of the industry, as do the opportunities.

In this day and age, a lot of private parties and corporate functions are moving to homes or workplaces, instead of people booking function venues.

We use a wide mix of marketing, although we focus heavily online, including SEO, pay-per-click and social media marketing. Offline marketing has been very successful, including radio, television and magazine.

That’s all well and good, and it’s a little old school, but I think picking up the phone and talking to someone is the best marketing you can do.

I can absolutely imagine starting another business. I’m very passionate and naturally an entrepreneur.

Part of being an entrepreneur or self-employed is learning the art of patience. You get excited about the future and where you are going, but things take time as well. If we keep working along our plans and goals, we’ll get there.