Ray White, Moose Enterprise and Sight for All honoured at EY Entrepreneur of the Year awards 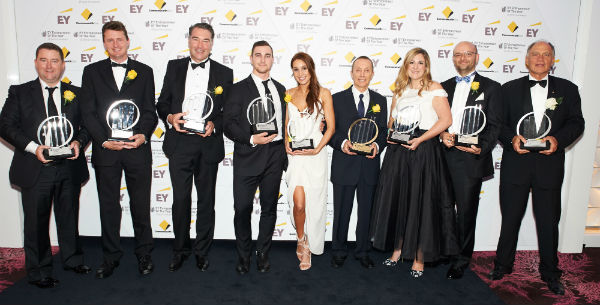 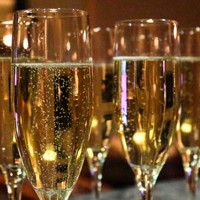 Brian White is the recipient of the 2015 Ernst & Young Family Business Award of Excellence, which was presented for the first time in Australia last night.

White, joint chairman of the Ray White real estate group, received the honour at an awards dinner in Sydney. He told SmartCompany this morning accepting the award for his family’s business was “overwhelming”.

Founded in 1902 and turning over $39 billion each year, the Ray White group is one of the largest Australian family businesses.

The grandson of Ray White, Brian White joined the family business in 1962 and took over as managing director in 1976. He shares the chairmanship of the company with his brother Paul White and his three sons, Sam, Dan and Ben also work in the business.

EY Oceania chief executive and area managing partner Tony Johnson congratulated White in a statement, saying the Ray White Group is “a testament to the economic and social value that entrepreneurial families contribute”.

Speaking to SmartCompany this morning, White said he was overwhelmed to receive the award.

“What a collective effort its been,” he says.

“The real estate industry is really a family industry and we have many business owners [at Ray White] whose own family work in the business.”

“Many of our business owners are the sons and daughters of previous owners … our offices deal with families, it keeps going on and on and on.”

White says from his point of view, Ray White will always be a family-owned business.

“We have no intentions [to sell]. It’s the opposite to that,” he says.

“Our motto is we are chasing our potential … the closer we get, the potential keeps exploding.”

But he says “if you persevere, there are always answers”.

“And there is such power when a family comes together,” he says.

“If you are determined to work to find the answers, it is the most amazing sensation being a family business that is making good progress.”

Moose Enterprise and charity Sight for All also honoured

Also honoured last night was the chief executive of one of the world’s largest toy brands who was crowned as this year’s Australian EY Entrepreneur of the Year.

Manny Stul took over as chief executive of Moose Enterprise 15 years ago and has helped turn the Melbourne-based family-owned business into a global brand that distributes toys to more than 80 countries.

Stul, who also picked up the award for the industry category, will follow in the footsteps of last year’s winners, Pepperstone founders Owen Kerr and Joe Davenport, by competing for the title of 2016 EY World Entrepreneur of the Year awards against national winners from more than 60 countries.

Before joining Moose Enterprise 15 years ago, Stul founded Skansen Giftware in 1974. Skansen listed on the Australian Securities Exchange in 1993.

During his time at Moose Enterprise, the business has grown from employing 10 people to more than 200.

According to Fairfax, Moose Enterprise is on track to turn over $600 million this year.

Moose Enterprise designs its toy products, including Mighty Beanz toys and Shopkins dolls, in Australia and develops, manufactures and distributes products from factories in China and Hong Kong.

The business is considered the fourth largest toy brand in Australia and the eighth largest in the US.

“Moose Enterprise is an Australian company that is taking on the world by combining an incredibly innovative local design team with the cost advantages of low-cost manufacturing,” Richards said.

“Manny has demonstrated an ability to understand the demographic of his target market and deliver high quality, innovative toys that are now attracting extraordinary demand from retailers around the world.”

Dr James Muecke, chairman of blindness prevention charity Sight for All, was named Social Entrepreneur of the Year.

Speaking to SmartCompany this morning, Muecke says as a medical professional, he had never considered himself an entrepreneur before.

But he says a lot of the work he has done since founding Sight for All six and a half years ago, has been about “innovation, creativity and risk-taking, all of which are very important for entrepreneurs”.

Sight for All is involved in all aspects of blindness prevention in Australia, including through education and awareness campaigns, and is currently involved in eye care projects in eight countries in Asia.

Muecke says he is thrilled to win the EY Social Entrepreneur of the Year award as it is an acknowledgement of years of hard work by his team and an opportunity to “open the doors for us to have an even bigger impact”.

“We have over 100 eye care specialists in Australia and New Zealand involved in our projects, donating up to 10,000 voluntary hours a year. That is a huge amount of expertise and goodwill,” he says.

Sight for All has trained the first eye care specialists to operate in countries such as Myanmar and Laos but Muecke says there is more work to be done.

“There are 20 million blind people on our doorstep in Asia,” he says.

“Giving people back their sight not only improves mortality and alleviates poverty, but it has important economic benefits, which is important for our trading partners in Asia.”

Among the other winners last night were Kayla Itsines and Tobias Pearce from The Bikini Body Training Company, who won the Emerging Entrepreneur category, and Cyan and Collis Ta’eed from Envato, who took out the services category award.