RBA joins the tainted club: How a cover-up hurts reputation 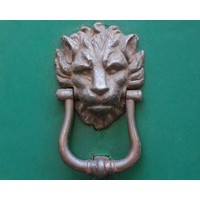 The bribery scandal and apparent cover-up revealed this week by the ABC’s 7:30 Report and The Age that is now engulfing the Governor of the Reserve Bank of Australia (RBA), Glenn Stevens, his former deputy, Rick Battellino, now retired, and the RBA board had its origins in one of Australia’s great technology success stories.

This was the invention of plastic (polymer) bank notes in the 1980s. Having successfully protected its property rights despite fears of reverse engineering by overseas note printing interests, the RBA and two offshoots, Note Printing Australia (NPA) and Securency International, involved in polymer note printing and marketing, have been accused of covering up the scandal that involved payment of large bribes (secret commissions) to politicians and officials in a number of Asian countries.

When senior RBA officials were given a detailed memo providing details of the bribery scandal as early as 2007, the matter was not taken to the Australian Federal Police and there seems to have been no public acknowledgement of the problem until press reports raised the issue about two years later.

Although this is the second major bribery scandal involving exports to foreign governments, the kick-backs on the sale of wheat to Saddam Hussein of Iraq by the Australian Wheat Board being the first, this appears to be the first that has sparked a major police investigation and large-scale prosecution of officials involved. Corrupt payment of bribes is illegal in Australia, even to foreign officials and politicians, even though it is an accepted part of doing business in many parts of the world. In fact, many would regard it as a necessary cost of doing business and way to promote Australia’s exports.

As is usually the case, the bribery and corruption pales into insignificance relative to punishment metered out to those who cover-up. Richard Nixon was forced to resign, not for hiring the ‘plumbers’ in the first place but rather for his failed cover-up attempt.

The involvement of the most senior officials of the RBA and possibly the board in the cover-up, even if they were unaware of large-scale bribery prior to 2007 in the bank-note offshoots, is an exceedingly damaging development for an organisation that until recently has retained a reputation for integrity and exceptionally good monetary policy in recent years.

There is an ongoing investigation into the Bank of England’s oversight of the rigging of the LIBOR interbank rate by Barclays and other British banks at a time when the Bank of England was facing the prospect of further massive public bailouts of the banks. Bob Diamond, Barclay’s CEO who was forced to resign because of the scandal, explained to a senior Bank of England official at the time that “not all banks were providing [LIBOR] quotes at the level that represented real transactions.”

By this he meant that a number of banks including Barclays were deliberately understating their borrowing costs to make it appear they were more solvent than they really were. Lack of response from Bank of England officials, who claim not to have interpreted the conversation in this light, was taken by Barclays as implicit acknowledgement and support by the Bank of England for LIBOR rigging.

In the case of the US Federal Reserve, lax monetary policy and their success in bringing the cash rate down to close to 1% after the bursting of the internet bubble and 9/11 has been blamed for exacerbating the credit crisis that led to the GFC. Certainly, FED oversight over the lead-up to the GFC and the US NINJA loans scandal was weak. It has only recently been revealed that RBA and other Australian regulators were almost equally lax in allowing Australian banks and mortgage providers to push huge numbers of ‘low-doc’ loans on impecunious investors who had little or no prospect of repaying. Banks and mortgage providers seem to have secretly filled out forms to make it appear that borrowers were in a far more financially sound position than they were in reality.

The plastic banknote bribery scandal and cover-up places the largely very distinguished businesspeople making up the RBA board in an exceedingly difficult position. Did they know of, or should they have known what was going on at the time of the presumably secret 2007 memo or even earlier?

In the CENTRO case, the court found that non-executive directors cannot uncritically accept advice from either management or auditors. Directors must take ultimate responsibility for company affairs. Of course, unlike CENTRO, the RBA is not a listed company with shareholders. It is the federal Treasurer and government that appoints directors to the RBA board and thus should play an important role in its oversight. The Treasurer also appoints the Governor of the RBA. I should imagine that the Governor is accountable to the Treasurer, the government, and perhaps ultimately to Parliament.

It is tragic that the scandal and apparent cover-up has damaged the reputation of the Governor, senior officials, board members and the RBA as a whole, despite the high regard for its conduct of monetary policy. The best we can hope for now is a quick end to the cover-up, if there really was one, and a speedy resolution of this very sordid affair. The successful setting of monetary policy is very much dependent on the reputation of the RBA. This needs to be repaired as quickly as possible.