Redmond sets a classic tone at Echo Entertainment: Why it shows he “loves his staff” 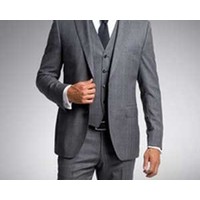 Casino operator Echo Entertainment Group has a new CEO, and he says he’s nothing like the last one.

Larry Mullin, who left the CEO role in controversial circumstances last September, has been replaced by the corporate conservative, John Redmond, who previously sat on Echo’s board.

A veteran American casino operator who began his executive career in finance, Redmond has made it clear he won’t be repeating Mullin’s signature jeans-and-shirt look (a look that would not have allowed him past the bouncers in most VIP rooms at Echo’s Star Casino).

“I have always felt that the tone you set at the top of the organisation establishes the culture and what is acceptable in terms of performance,” Redmond told The Australian Financial Review.

“When I walk the casino floor, for example, I have my jacket buttoned, so everyone looks and thinks ‘I better button my jacket’. That is an example of setting that visual tone.”

Redmond, who the AFR says told chairman John O’Neill that Mullin wasn’t “CEO material” in September, is happy to note the contrast between himself and his predecessor.

“Put us next to each other, [and] just visually, Larry Mullin is a very casual person,” Redmond says. Coming on top of his statements about top buttons and all that, it’s clear he doesn’t approve.

June Dally-Watkins, Australia’s doyen of business etiquette who for the past 60 years has run a corporate finishing school, applauds Redmond’s view.

“I believe he’s absolutely correct,” she tells LeadingCompany. “He must set a tone and an image.”

“There have to be rules and standards.

“I think the fact that this new CEO is getting tough with his staff means he loves them and cares about them. Every human being needs to be encouraged to have a high standard. Anyone can be low, uncaring, cheap and vulgar.”

Career coach and human resources expert Kelly Magowan says leaders certainly set the tone with regard to attire. “If they’re more casual, so is everyone else, and vice versa.”

Magowan says she thinks it’s important to have a dress code and stick to it in professional environments. For client-facing roles, like those working at a casino frequented by high rollers, the dress code should be more formal.