Take control of your thought process 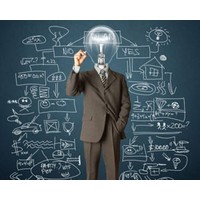 Making decisions is a critical part of every executive’s job. One of the things you learn as you climb the corporate ladder is that you and your colleagues can end up making sub-optimal decisions.

This is rarely because of poor critical thinking faculties, but rather because invisible traps are often hardwired into our thinking processes, letting through only information that conforms to our current beliefs, temperament and expectations.

As decision makers we come to the table armed with our own perspectives, preferences, filters, heuristics and biases, influenced by a broad range of social influences, many of which operate subliminally. One of the key messages in emotional intelligence circles is that you need first to understand the core emotional drives in your personality and second how to manage them.

In my last blog I mentioned that I had attended a series of lectures at the London Business School as part of an alumni reunion. Another speaker at the event was Meena Thuraisingham, whose lecture was titled ‘Good Intentions, Bad Decisions’.

Having written a book, The Secret Life of Decisions, she talked about the various distortions that impact our reasoning ability. For example, one of the most common mistakes made by team leaders is to forget that we like those who are like ourselves. Hence when we choose team members we choose those candidates who are like us.

I will never forget the first day I started learning about emotional intelligence.

The workshop leader described how his company had conducted psychological profiles on the 10 members of the executive management team of what was at that time Australia’s leading property developer.

He went to see the managing director, who was a classic CEO – energetic, decisive and an egomaniac.

The MD started the meeting by saying that he was sure the tests demonstrated that his company had one of the best management teams in Australia. The workshop leader disagreed saying that too many of the team were like the MD, and in an industry notoriously cyclical like building, it was critical that one or two members of the team were risk adverse.

Unfortunately in this management team, nobody had high aversion to risk, so the company was particularly vulnerable. The managing director, optimistic and forthright, dismissed the report as psychobabble. Within 12 months the company had collapsed and, at the time, was Australia’s biggest corporate failure.

Wikipedia lists 170 different biases that can affect our thinking, ranging from the ambiguity effect to the zeigarnik effect.

The ambiguity effect is the tendency for decision makers to avoid options for which missing information makes the probability seem ‘unknown’, while the zeigarnik effect is the perception that uncompleted or interrupted tasks are remembered better by executives than completed ones.

The main message from Meena was that managers needed to introduce processes to overcome the biases in their decision making and move from intuitive to logical decision making.

This is easier said than done. Daniel Kahneman’s Thinking, Fast and Slow has much the same message. Decision makers need to shift from system one (fast, instinctive and emotional) to system two (slower, more deliberative and more logical.)

Meena mentioned one bias that I had never heard of before that truly resonated. I was familiar with what is known as ‘bias blind spot’ – the tendency to see oneself as less biased than other people, and to be able to identify more cognitive biases in others than in oneself – but I have always seen this as a subset of the superiority bias. We all overestimate our desirable qualities, and underestimate our undesirable qualities, relative to other people.

However, according to Meena there was only one certainty in decision making; namely certainty by the decision maker that he or she was 100% objective.

It is certainly useful the next time you are faced with a decision to consider how much it is objective and how much it contains your subjective bias.