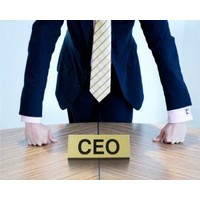 Reputation concerns create strong incentives for independent directors to be viewed externally as capable monitors as well as to retain their most valuable directorships.

In our paper, Reputation Incentives of Independent Directors: Impacts on Board Monitoring and Adverse Corporate Actions, co-author Shawn Mobbs and I extend this literature significantly by examining the effects of differential reputation incentives across firms that arise when a director holds multiple directorships.

We also find evidence that these directors are motivated to retain these valuable directorships and thus, they have incentives to not upset a CEO who can exert substantial influence over their renominations to the board.

Firms with boards composed of a greater portion of directors for whom this is one of their most prestigious directorships are associated with CEOs having a greater fraction of equity-based pay as well as higher total pay, which is in part compensation for their higher risk-bearing.

We also report in an earlier study, forthcoming in the Journal of Financial Economics, that the sensitivity of CEO forced turnover to performance is higher for these same firms, which is another source of higher CEO risk-bearing that also necessitates higher CEO pay.

One concern with the greater use of option-based pay and an incentive to build a cordial relationship with the CEO is a greater willingness of the board to allow backdating of option grants to increase CEO compensation in a non-transparent manner.

However, we find that boards with a greater proportion of independent director with greater reputation incentives are less likely to experience “lucky” CEO option grants. This suggests the incentives to please the CEO do not dominate the incentives to be viewed as a careful monitor by the labour market.

Finally, there is evidence that these boards also are more negatively disposed to takeovers and more positively disposed toward CEO empire-building, which both protects and increases the relative prestige of their directorship, raising the reputation benefits of being a director.

Using alternative approaches to extract out firm size effects potentially embedded in our director reputation measures, including a matched sample based on firm size and controlling for the expected size factor in our director reputation measure by using randomising director-board assignments, reduces concerns that firm size is the primary driver of our findings. The results are consistent with directors being more concerned with their reputation at their largest directorships.

In summary, these findings underscore the importance of considering individual reputation concerns. Although directors have an incentive to retain their more prestigious directorships and expand these firms’ empires, the main findings in this study indicate that director reputational concerns dominate directorship retention concerns.

In conclusion, the findings of this study document that reputation-based incentives are important for researchers, firms, and policy-makers to understand.