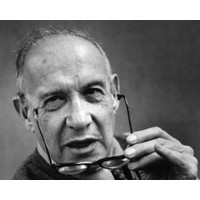 The Australian economy suffers from low productivity and a high currency.

It is worth revisiting the insights of the greatest of all the management thinkers, Peter Drucker, to see how companies can respond. His seminal identification of the importance of knowledge management is still highly relevant today and carries important pointers about how Australian leaders can respond to the challenges.

Peter Drucker was an Austrian-born American management theorist. An academic and consultant who taught MBA classes at elite universities right up until he was 92, he died in California in 2005. His research, theories and best-selling books have had a lasting influence on many of the world’s biggest companies and most business iconic leaders, including GE’s Jack Welch and Intel’s Andy Grove.

Drucker was fascinated by entrepreneurialism and its place in the large corporation. He specifically focused on the rise of the knowledge worker who, he argued, often knows more than his or her boss about how to improve a business. He aimed to help managers harness this knowledge.

Such ideas have almost become truisms in leadership theory, if not in practice.

Since most Australian workplaces are involved in some form of knowledge work, their leaders understand the imperative to make productivity gains in knowledge work; by doing so, they increase efficiency and innovation – the only sustainable way to retain their markets when they find it difficult to compete on price because of the high currency.

Double your smarts with one question

“With manual workers, the question one asks to begin working on their productivity is, how do we do the work?” Drucker said. “What has to be done is usually taken for granted.

“In knowledge work, one begins with the questions, what are you being paid for, and what should you concentrate on? Then you try to eliminate the rest. Almost immediately, you will double the quantity and, above all, the quality of knowledge work.”

Drucker said that this can prove disruptive within an organisation. “Nothing is as bitterly resented by the people in research as the question, ‘What has this research department contributed to this company in the past five years, compared with the leader, in developing and successfully introducing new major products?”

In identifying the most important leadership issues, Drucker was ahead of his time. But are all his insights relevant in today’s world of commerce?

Rosemary Howard, executive director and conjoint professor of AGSM executive programs at the University of New South Wales, says that in an ideal world everyone should be a knowledge worker.

The reality, however, is different. “People are treated like a unit of production and told what to do – a bit like Taylorism (the time and motion theories of Frederick Taylor implied that by controlling workers they were less likely to make mistakes). Their full capabilities as knowledge workers are not realised. There is a big discussion in Europe about moving away from an industrial model of work to a humanistic model of work.”

Howard says Drucker’s distinction between productivity and information is being blurred by accelerating change in the business environment “We don’t have time to think about steady state as opposed to the change state,” she says. “Productivity can happen in an existing system but you have to have eyes that look in two directions at once. Innovation and productivity have to become two sides of the same coin.”

Howard says the challenge for leaders who want to get the most from their employees, is to stimulate teamwork and have workers “really engaged and really want to make a difference”.

But she acknowledges that many organisations still run on a command and control approach.

She cites the example of a call centre. Managers can instruct employees in exactly what to do, like automatons with a script, or they can encourage them to develop knowledge about how the company could better deliver its product or service, knowledge on which they would then have the freedom to act.

“There is liquid gold in that,” she says. “If you can understand how the organisation provides for the customer.”

The challenge to manage knowledge successfully has become the key to investment markets, according to Christopher Selth, chief investment officer for Five Oceans Asset Management. “The technologies are moving fast. Unlike previous crises, [investment] companies have no choice but to invest in these new technologies or they will be brought down by the wave of accelerating changes in the world. To that extent, the changes in the world are self-generating.”

However, Selth says there is an overwhelming need for developed economies to improve their education to create new types of knowledge work.

“This is a profound point. The cannibalisation that we have seen in these technological changes is such that, even in traditional sectors, their capacity to pick up employment is limited. The societies that have a better Gini coefficient [a measure for equal distribution of wealth] are the societies that target education. The world is now regrouping back: it is coming back to this core question, which is ‘How do you create a healthy, sustainable society?’”

The productivity of knowledge is not just an issue for individual enterprises. In industry clusters – such as the mechanics cluster in Modena in the north of Italy where Ferraris are produced – the efficient use of knowledge extends across a whole sector.

For today’s leader, a thorough understanding of knowledge work includes looking at human and physical networks, comments John Scott, the vice-president of the Australian Risk Policy Institute (ARPI). “When you look over history, people have virtually always been in social networks. Individuals shared knowledge, firstly to survive and then to progressively develop the means to thrive. They used the tools and processes at hand to develop and improve the products. Economists could not create a theory of knowledge – as Drucker asks for – absent of the notion of social networks.”

The influence of digitisation

The digitisation of knowledge and work is changing the way knowledge is viewed, says Howard. “At one end you have commoditised information, at the other end you have high level knowledge: synthesis and insight.” Organisations should avoid having “second-class workers”, such as often exists in hospitals where “doctors are supposed to know everything” and other workers, such as nurses, are downgraded.

Surprisingly, it is questionable that knowledge work is becoming more widespread, as Drucker anticipated. Howard says globalisation is hollowing out the middle classes of developed economies, causing them to be exposed to “lousy jobs” because of an excessive emphasis on profitability.

She believes knowledge is only one dimension of work: skills and behaviour are also important. Often these are determined by unconscious factors.

There are also problems with Drucker’s identification of knowledge as a key “resource”. For one thing, a “resource” is inactive, or acted upon, whereas knowledge is an active human faculty. Drucker acknowledged that there were definitional problems, but his was a practical orientation that remains true.

That is an insight that remains as relevant as ever.