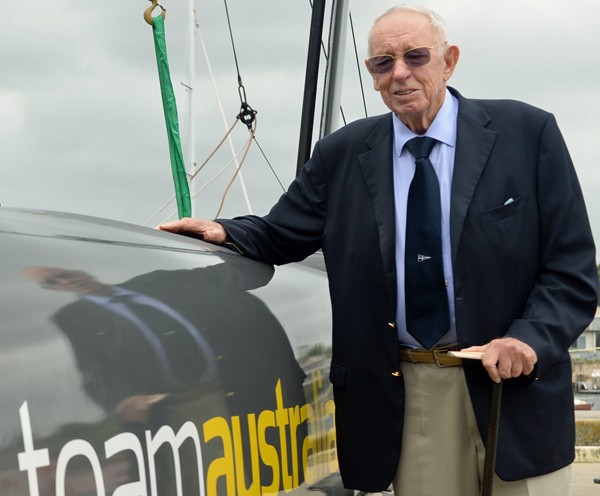 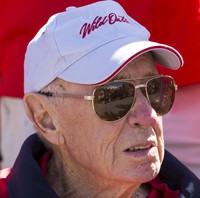 The owner of race-winning yacht Wild Oats XI, Oatley made his fortune in winemaking and in 2014 was made an Officer of the Order of Australia for his services to the Australian wine and tourism industries.

Forbes ranked Oatley as the 34th richest person in Australia this year, with an estimated net worth of $910 million.

Oatley started his business life as an exporter of Papua New Guinean coffee and cocoa beans, and he founded Rosemount Estates wine company in 1969 in the Hunter Valley.

Still involved in the winemaking business, Oatley also had his own wine label, Robert Oatley Vineyards and together with his family, owned Queensland’s Hamilton Island, which he bought for $200 million in 2003.

The Oatley family said in a statement it was with “profound sadness” that they announce Oatley’s death.

“Known affectionately as Bob, he was a proud and passionate Australian recognised for his outstanding contributions to the Australian wine, tourism, coffee, sailing and thoroughbred horse industries,” the Oatley family said.

“Bob was also well-recognised as a philanthropist who supported Australian Olympic activities, medical research and the arts.”

Oatley is survived by his wife Valerie, his three children Sandy, Ian and Ros Oatley, seven grandchildren and eight great-grandchildren.

Here’s three lessons from how Oatley made his fortune:

While Oatley and his family amassed most of their wealth in the wine business, he is well-known for investing in a range of industries.

Since buying Hamilton Island out of receivership in 2003, the Oatley family has invested $300 million in rebuilding the Australian holiday destination, which earns revenue of $250 million a year.

According to the ABC, Oatley also owned retirement homes and several property investments, including Sydney mansion Finisterre, property at Mudgee in New South Wales and a villa in Sardinia in Italy.

2. Develop and trust your closest advisers

Oatley was intensely private and rarely gave interviews, but those who worked for him have given insights into how the businessman surrounded himself with people he trusted absolutely.

In an interview with Good Weekend in 2007 Chris Hancock,  who was former Rosemount managing director and deputy executive chairman of Oatley Wines, described Oatley’s approach.

“Bob has always had very close, long-term colleagues who have always looked after his private interests – I’m talking about people he has known for 40, 50 years,” said Hancock, who had worked for Oatley for more than 30 years.

“They’re very high level in finance and law. He trusts them absolutely.”

3. Invest emotionally in your business

Hancock described Oatley as a “very instinctive businessman” who became “very emotionally involved” in his businesses.

“He’s my best wine critic. I get enormous feedback from him. He understands intricate detail – how vines grow, what vines need, all that sort of thing.”