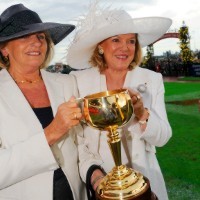 The race that stops a nation attracts many of the business world’s high-flyers and Australia’s Rich Listers will be among those in attendance this year at the Melbourne Cup, which is just days away.

Curious to see who might be making an appearance this year, we contacted all the PR firms connected to the Carnival to see what we could find out.

The financial pedigree of the country’s business elite makes them ideal people-watching fodder, particularly when they mingle with international and local celebrities in the ubiquitous Flemington Birdcage.

And while PRs weren’t particularly forthcoming with guest lists for this year, a few were prepared to give a run-down of where the rich could be expected to be seen on the day.

One PR, who has been a part of the Birdcage for at least 10 years, told SmartCompany that some Rich Listers are sought-after guests, depending on whether the marquee is being used for corporate hosting, brand amplification or attracting media attention on the day.

The PR, who wished to remain anonymous, recalled that the Crown marquee in the Birdcage housed the Packers a couple of years ago.

“These Rich Listers enjoy Flemington’s hospitality somewhat differently to the rest of us.

Some enjoy the limelight in the Birdcage, but there are plenty of key vantage points for Rich Listers who prefer to hide from the glare of the media at Flemington.”

The biggest brand presence in the Birdcage is usually the ubiquitous Emirates marquee, famous for its sheer size and ever-changing themes (last year it had a German theme and the year before Dubai). It’s also a glitzy hangout for the odd Rich Lister who doesn’t mind being seen.

Public relations consultant Donna Pouw confirmed that Perth socialite and property developer Rhonda Wyllie (Australia’s second richest woman) was a part of the Emirates Marquee in 2012. The Rich Lister was worth $346 million last year. Emirates also hosted Ruslan Kogan that year, who went on to debut on the BRW Rich List this year at number 162, with a $320 million fortune.

Emirates regional manager for Victoria and Tasmania, Dean Cleaver, says guests can expect a whole new level of luxury this year, with a German theme planned to herald its expansive route network through Germany.

“Each year the Emirates marquee welcomes a variety of guests, from politicians, our valued customers including VIP Skywards members, and local and international celebrities – many who have appeared on the BRW Rich list – and we always ensure one leaves having experienced a taste of the Emirates award-winning service,” Cleaver says.

Another PR says the Lexus marquee is a likely hang-out for the Rich Listers. (She’s not connected to the Lexus brand).

“It’s the one everyone wants to be at. It’s got the best hospitality. It’s very civilised and everyone knows it.”

Another PR says in her experience, a lot of Rich Listers don’t want media attention.

“So, the Birdcage isn’t necessarily where the Rich Listers will be. But they’re still at the Melbourne Cup. There are lots of other places that are better for hiding and enjoying the race, such as The Chairman’s Club, which is very private.”

Some other Rich Listers like to perch in The Hill Stand Corporate Suites, which costs between $7500 and $43,000 to hire, depending on numbers and hospitality on the day.