Rich Tales: Why the Prime Minister’s spouse, Therese Rein, will get to keep her business this time around 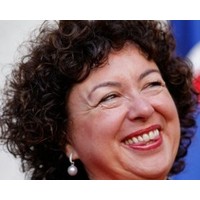 Kevin Rudd is easily the richest person in the Australian Parliament. A career bureaucrat, his wealth was made by his wife, Therese Rein, one of the most successful self-made businesswomen Australia has ever produced.

Rein’s wealth comes from her now-global business Ingeus, which she founded with now deceased business partner Frances Jane Edwards in 1989 (it was then known as WorkDirections Australia).

WorkDirections Australia’s main business was helping those with injuries or disabilities enter or re-enter the workforce – a business that built on Rein’s earlier career as a psychologist counselling injured workers.

It was a good time to start such a business – governments were outsourcing a lot of their programs to private providers to execute. Rein won her first government contract from the Hawke government and went on to execute major contracts for the Howard government’s Job Network agency.

Fuelled by this, the business grew. Today, the business is a diversified global human resources powerhouse offering corporate consulting, recruitment, and labour hire, on top of helping the unemployed secure work. It has operated in the United Kingdom since 2002, in France since 2005, in Germany since 2006, Sweden since 2009, Poland since 2010 and South Korea and Saudi Arabia since 2011. Rein remains the CEO.

For her, it’s a passion business. Her official corporate bio makes mention of her father, who was wheelchair-bound after being injured while serving in the Australian Air Force during World War II. His doctors expected he’d never work again. He defied the critics, trained as an aeronautical engineer, and worked till he was 65.

But Rein’s business has been criticised in some quarters, particularly from those who object to the outsourcing of government functions to supposedly unaccountable private-sector providers.

In the United Kingdom, where the business is 50% owned by accountancy firm Deloitte, Ingeus UK was one of the biggest tender winners of the government’s Work Program, having received $1.4 billion in contracts from the program in 2011. The Cameron government’s Work Program has faced its share of debacles, with rival company A4E exposed as having offered the unemployed it was meant to help find paid employment unpaid work in its own offices. Last August, leaked emails showed Ingeus UK had missed some of the targets it was set to meet.

Her business has also been scrutinised in Australia, though for very different reasons. In 2007, Ingeus sold its operations as Rein’s husband stood poised to win government. As she explained to the Courier Mail at the time, “it would not be sensible for my company to receive even one dollar of a federal government budget if Kevin was elected prime minister”.

Rein fell off the Rich List in 2013, but BRW estimates her personal wealth to have stayed the same at $210 million.

Ingeus operates in Australia once again these days. In October 2011, it bought Brisbane-based organisational development company Assure Programs. So when Rudd returned to the prime ministership, it was natural that questions were asked about whether she planned to sell her business once again.

The answer, given to both Fairfax and News Limited, was that she had no plans to do so. The reason given was that the Australian business has been pivoted away from Australian government contracts. It doesn’t appear to have received any since it was sold.

Last year, it emerged that Ingeus may also be prevented from bidding for government contracts by dint of it having signed non-compete agreements with the buyers of its Australian business.

SmartCompany contacted Rein’s office to ask for more details about the Australian business. Rein was in Indonesia with her husband on a state visit and a spokesperson declined to comment.

According to its website, Ingeus Australia, through Assure Programs, now offers “organisational development services and employee assistance programs”. That is, services to corporate clients, instead of getting the unemployed back to work.

Rein is the first spouse of an Australian prime minister to keep working, and the first to be asked pointed questions about her business.

But such questions are likely to become far more common, says lobbyist and former Labor ministerial adviser Jody Fassina. Already one can foresee similar questions being asked of Lucy Turnbull should her husband ever become prime minister.

“Say there is an attorney-general who’s partner is a judge, given the attorney-general oversees funding for the courts, and also the government could well be a party to a legal action in the very same court,  would that be construed as conflict of interest?

“When she divested in 2007, he was opposition leader, and they didn’t want the distraction. It was about politics.”

He worked as a property agent with Urbertas Group in Melbourne until March 2010, when he “took leave” from the role after “ridiculous” media scrutiny, according to his then boss. Gillard became prime minister three months later, and apart from being the first male partner of a prime minister, Mathieson busied himself with the charity roles the partners of prime ministers have usually done in Australia.

There are few overseas precedents for Rein, says Clem Macintyre, the head of the University of Adelaide’s school of history and politics, and an expert on parliamentary democracy. He says he couldn’t really think of any obvious precedents.

“I suppose there were some questions about Cherie Blair practising as a barrister while Tony was [British] PM – but as you can see I am scratching the bottom of the barrel here.

“There were a few eyebrows going up in days gone by about an MP’s wife appearing in an advertisement and when Margaret Whitlam had a column in a magazine – but nothing much more than that.”

Last August, blogger Michael Wyres found that opposition communications spokesman Malcolm Turnbull’s wife owned shares in Vodafone, which, given her husband’s position, Wyres said was a conflict of interest. When questions were raised, Turnbull’s office said the register was out of date, and that she had since sold those shares.

It followed another kerfuffle about Turnbull’s ownership of France Telecom shares – a company involved in rolling out fibre-to-the-premises internet, which Turnbull’s party opposes as too expensive and unnecessary in Australia. The cases are far from identical of course – Turnbull is not in government, but in opposition, and it’s a lot easier to sell out of an investment than a business that’s been your life’s work.

When it comes to assets, the formal onus on Australian politicians is for transparency rather than divestment. They must register their assets, as well as those of their spouses, in a register of public interests.

Fassina thinks Rein shouldn’t have to divest. “She’s come out and said her business won’t pitch for government contracts. I think it’s entirely reasonable for her to pitch her business where else she can.”