Rich Tales: Xero’s Rod Drury more than triples his fortune in a year, but can he keep it? 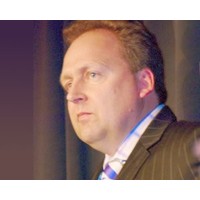 He has his 15.7% stake in Xero to thank for that. In the past 12 months, the company’s shares have risen from $NZ5.37 to $NZ18, making it the New Zealand Stock Exchange’s best-performing stock for the year.

At its May profit announcement, the subscription accounting software company revealed it had more than doubled its operating revenues to $NZ39 million a year, largely driven by its successful inroads into Australia.

The market lapped it up, notwithstanding the fact that the company posted a $NZ14.4 million loss.

Last Friday, the stock traded at $NZ17.89, a smidgeon below its record high. This means the company’s total market capitalisation was $NZ2.06 billion, a whopping 53 times its operating revenues. By comparison, Apple’s price-earnings ratio is currently sitting at around 11-12.

This has prompted plenty of questions as to whether Xero is really worth so much.

At the profit announcement, Drury alluded to these concerns.

“There’s no doubt the company has delivered for many shareholders already and it’s natural that some may think the business is mature and the value captured,” he said.

“However, we believe we’re just at the beginning of a massive market shift as small businesses globally realise the benefits of connected cloud solutions.”

That points to the underlying reason for Xero’s meteoric rise. Buying Xero shares is a bet on the cloud.

Cloud computing is revolutionising plenty of industries. And it makes particular sense in accounting.

Xero’s entirely-online accounting systems automate and feed in plenty of data which business owners would have previously had to update manually. For example, bank account details allow businesses to keep automatic track of the money going in and out and its impact on their bottom line.

The multi-million-dollar accounting software market is dominated in Australia by MYOB and Reckon. Neither of these has traditionally run cloud-based offerings. Now, they’re beginning to, but Drury often points out his rivals are hampered by their need to offer hybrid solutions to customers using their legacy products. This means they’re a way behind Xero, which offers cloud-based subscription services exclusively, and it has done so since it was founded in 2006.

Its big-name investors, who own most of the company, believe it can take on the titans. One of those investors is PayPal founder and tech visionary Peter Thiel. Another is MYOB founder Craig Winkler, whose 15.7% stake is in Xero is just shy of Drury’s.

For investors questioning whether Xero is a bubble stock, they can draw some comfort from the fact that at least Drury has plenty of skin in the game.