Rinehart MIA on Ten’s board: What to do when your directors won’t show up 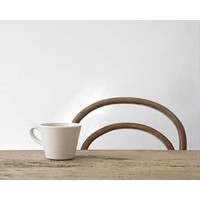 Since the start of the year, Ten Network Holdings’ share price has plunged 67%, from 84 cents to 30 cents. Ten has struggled for ratings, and has had to cut several new shows prematurely after they failed to make a splash.

But despite that, iron magnate and recently-published author Gina Rinehart, who owns 10% of the company, has attended only eight of 14 board meetings (57%) since she joined.

That’s a number that proxy company CGI Glass Lewis, which advised shareholders on corporate governance, is concerned about. In a note to clients released yesterday, CGI criticised Rinehart’s attendance. The company, owned by an American parent, expects board directors to attend at least 75% of meetings. After Rinehart’s 57% attendance, the next lowest figure at Ten was far better – director Christine Holgate attended 85% of meetings.

American proxy companies often use the 75% attendance figure as a minimum, as under American corporate law, companies are required to disclose if their directors attend less than three quarters of meetings.

“But of course,” he says, “the general preference of all investors as well as judicial authorities [should matter ever come to court] is that directors should attend meetings. It’s difficult to see how they can discharge their duties without attending most of them. Attending meetings isn’t the beginning and end of those duties, but it is a prerequisite.

“If someone’s missing a quarter of board meetings, we’d be asking questions.”

“Everyone has a holiday sometime, and everybody gets sick sometimes. That’s one or two meetings you would miss if you had monthly meetings.”

Meetings scheduled quickly to deal with unexpected events can be more difficult to attend, but if a board was scheduling meetings a month in advance and one director was missing more than 30%, Garland McLellan says she’d be asking “serious questions about their commitment”.

Board meetings are easier to attend today than they were in the past. For the purposes of attendance records, phoning-in counts, as does the use of Skype or other video-conferencing methods.

“Because of the video, you can pick up on far more nuances,” she says. “If the CFO says something and the chair of the audit committee suddenly sits up very straight, the people on Skype can see that. I’m very fond of Skype.

“But unless there are special circumstances, I would worry about a director who always only attended by technology. The board pays for a director to come and be physically present. It adds to the quality of the communication.”

Sometimes, a lack of attendance, even electronically, can point to a director having too many commitments. “If you’re on a plane, for example,” Lawrence says, “you can’t possibly attend, even by phone. If that happens a lot though, maybe your other commitments mean you shouldn’t be on the board.

“Being busy isn’t a good excuse.”