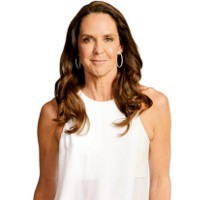 Entrepreneur Janine Allis built her Boost Juice business on franchising and she says an unconventional approach and “naivety” is what got her through.

This morning in Melbourne, Allis told a breakfast for SmartCompany’s sister publication, Women’s Agenda, about how she turned Boost Juice into a household name in Australia with 400 stores, employing 7000 people and selling $2 billion worth of smoothies.

She worked as a nanny around the world, selling timeshare in Portugal and even on David Bowie’s yacht.

Allis says she discovered, “Nice people are nice people. Arseholes are arseholes. It doesn’t matter if they are rich people or poor people.”

Boost Juice wasn’t her first business and she says she failed in a couple of businesses first in the publishing and PR sectors before deciding to research the growing juice sector in the United States.

“I’ve always approached businesses more as a consumer than a businessperson,” she says.

“I’ve asked myself what do I want as a customer?”

As a consumer, Allis says she wanted a healthy fast food alternative and believed other consumers would also be interested.

“I’d heard about the juices category in America,” she says.

“I had a look and I didn’t quite like the concept. But really coming back to Australia I thought, right let’s start from scratch.”

“The key thing to our success is I really had no idea what I was doing,” Allis says. At the time, she had a seven-month-old baby (Allis now has four children) who was still being breastfed.

“The thing that I wanted, which was life balance, was absolutely ridiculous,” she says.

“When you start a business you never work so hard in your life. But I loved it.”

Allis says when you start a business you have to give your soul to it.

“The reality was I had no experience but I also knew how little experience I had,” she says.

“Mostly I was living off fear. We [Allis and husband Jeff Allis] were 32 and had sold the family home. We had no option but to succeed. We were all in.”

Allis says she didn’t take a salary for the first three years and didn’t know how Boost Juice was going to pay its taxes.

“It was really a big juggernaut of a journey,” she says.

Once Allis had established a few stores she looked at a franchising model.

“It’s hard to make money in Australia,” she says.

“We have high labour costs and high rents.”

Allis says you need to have your finances in order before you look to franchising.

“The business has to be financially stable enough to sustain someone paying a royalty to you,” she says.

“There’s nothing like people having their house on the line to have some focus on their business,” she says.

“The quality of franchises was critical.”

Boost Juice operates a mix of franchises and company owned stores where there is an opportunity for a store in an area that is not being met.

Allis says an important distinction Boost Juice made was hiring a recruitment manager not a franchising manager as franchising is all about the people.

She acknowledges there is a downside to franchising as well.

“The first thing they tell you with franchising is that you will be sued,” she says.

Allis says advice from mentors including Geoff Harris, co-founder of Flight Centre, and Lesley Gillespie, co-founder of Baker’s Delight, was instrumental in navigating some of the trickier elements of running a business.

She says business owners shouldn’t be hesitant about approaching people to mentor them and sharing information, including financial details with mentors.

“If you want to franchise go to our website and rip us off,” she says.

“There’s the application form, there’s the system. Just have a crack.”

Allis says transparency to franchisees has been key to Boost Juice’s survival.

“Every single franchise system in our business can go online and see every single sale,” she says.