Robert Maple-Brown: Lessons from a contrarian 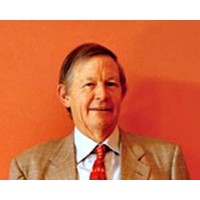 All through the dotcom boom at the turn of this century, clients anxiously rang Robert Maple-Brown, then the CEO of funds management company, Maple-Brown Abbott.

Maple-Brown, who died last weekend, founded the company with Chris Abbott in 1984. Today, Maple-Brown Abbott has more than $9 billion under management.

As technology stocks skyrocketed, Maple-Brown’s clients had started to question the very basis of his company’s investment strategy: buy when others sell, and sell when others buy, as Maple-Brown explained to me in an interview I did for BRW magazine in 2002, not long after the technology bubble had burst.

“Are you sure it is not different this time?” Maple-Brown recalled many of his clients asking. He reassured them that it was not a different time, and that it was – like any boom – going to come to an end.

Although two institutional investors left, the majority of his clientele stayed loyal to him.

This is one incident in Maple-Brown’s long investment career that distinguishes him as a leader. He did not follow other investors into the dotcom companies that later crashed and burned, and neither did he lose the faith of most of those who had placed their funds with him.

Garth Rossley, who is the current CEO of Maple-Brown Abbott, tells LeadingCompany: “He was a good communicator, and had a great following among the investment public.”

As LeadingCompany commemorates the legacy of Maple-Brown, we look at the powerful leadership lessons revealed by the life of the humble, gentlemanly and determined Robert Maple-Brown.

Know your strengths and learn (fast) from your mistakes

Maple-Brown failed first-year engineering at Sydney University in 1958. His parents cut off his financial support, and told him to get a job. He took their advice and spent six years getting his accounting degree while working full-time, starting a career in funds management that made him and the investors who followed him many millions of dollars. His personal wealth is estimated to be $285 million by BRW this year.

However, Maple-Brown did not abandon the passion that had led him to engineering: radios. His first job was as a cadet with radio and television manufacturer, AWA (Amalgamated Wireless Australiasia). It led him to a job as an accountant at IBM, and from there to his first job in a stockbroker as stock exchange operator.

Harness the power of mentors

Maple-Brown’s interest in the stock market was kindled by his mother, who became a successful investor in her own right. He bought his first shares at 20 – Australian Oil and Gas – and made a profit. His father was a sheep grazier.

In stockbroking, he met an American, Tristan Hearst, who introduced him to the concept of “value investing”. This meant doing detailed analysis of the financial performance and valuation of companies, and investing in those that, on analysis of their fundamentals, were undervalued. Very little is known about Hearst, who apparently married a wealthy Australian and then managed his wife’s family’s money. But to Maple-Brown he was a mentor to whom he “spoke a lot”.

Although Maple-Brown’s overall investment style is viewed as a conservative one, his focus on value investment was an innovation in the early 1980s when he established his company (1984), and today continues to wax and wane in popularity. It wanes every time there is bull market, as investors watch share prices rise wildly. But value investing is a longer-term strategy, and one based on buying stock, keeping it, and playing an active role as an investor.

Being actively involved in the management of companies in his portfolio was very unusual in the 1980s and remains so today. Although Maple-Brown wielded his influence quietly, behind the scenes, he actively looked for opportunities where he could be a “catalyst for change”. “Sometimes we discover the management is not as good as we thought it was. If we can’t convince the chief executive to change, we convince the board,” Maple-Brown told me. “We are not afraid to tell them what we think.”

Maple-Brown’s decision to start his boutique fund management company was a big personal risk. He had a four children, two at boarding schools, when he left a well-paid position at investment company, Rothschild, and start managing a relatively small portfolio of $30 million contributed by wealthy individuals.

Don’t bow to pressure, but explain your reasons

Maple-Brown stuck to his investment strategy regardless of pressure from clients, peers, and media scrutiny. This approach took him through the stock market crash in 1987, and again in the dotcom crash of early noughties.

As mentioned above, clients rang Maple-Brown continually through the dotcom boom to question his approach. Maple-Brown knew his clients were forgoing returns, but he also knew that the crash would come without warning, and could take away all the gains in an instant.

He communicated his reasons steadily and patiently to his clients, and in doing so retained their faith and respect.

David Wills became the chairman of the Sir David Martin Foundation after Maple-Brown resigned from chairing the charity due to ill health six years ago. Wills says: “He was very conservative in the way he dealt with things. He followed the right way, rather than trying to guild the lily.”

Wills says the discipline Maple-Brown applied to his business dealings and his work with the foundation, also applied to his life. The honesty and integrity he insisted were the basis of business, were applied in his personal life through his involvement as a benefactor of various charities.

His took the same active interest in the charities he supported as he did in the portfolio of companies he invested in. “He was willing to give back to the community,” says Wills. “He was a generous benefactor and the disciplines he developed in business life, he bought to boardrooms of the charities he chose to support.”

There have been two CEOs of Maple-Brown Abbott since June 2000, when Maple-Brown stepped into a non-executive role of chairman of the company he founded: John Kightley (2000-09) and Garth Rossler, (2009 to present).

Maple-Brown’s son, Dougal Maple-Brown, joined his father’s firm in 2001, after starting his career in law.

Rossler says Maple-Brown was not a micromanager. “He was the complete opposite,” he says.

Maple-Brown has always been the biggest shareholder, and had recently increased his stake in the company from 60% to 73% as it once again faced headwinds as a contrarian investor in a nervous, volatile market. It made no difference to his leadership style.

“It was never the case of saying, I am the chair and the major shareholder. He was very happy to delegate, and allow people to make their own decisions. At the same time, he was very interested and supportive in that process.”