‘There is no excuse’: Salesforce chief Marc Benioff was once in denial about the gender pay gap, he’s since spent millions closing it 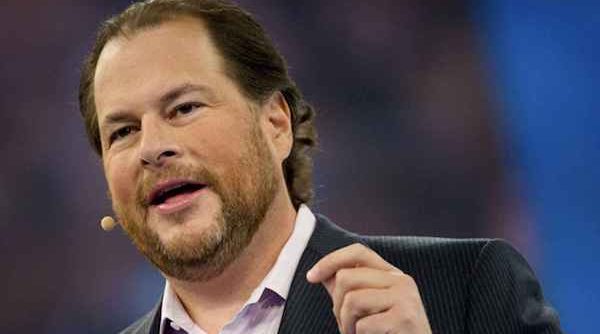 It wasn’t so long ago that Salesforce chief executive Marc Benioff declared it impossible that his billion-dollar company could have a gender pay gap.

He made the comment to Salesforce chief of personnel Cindy Robbins back in 2015, when she approached him and suggested they could have an issue with unequal pay.

But Salesforce had a great culture, Benioff declared. They’re a “best place to work” and they just don’t “do that kinda thing”. “We don’t play shenanigans paying people — paying people unequally. It’s unheard of. It’s crazy.”

Benioff recounted the story on 60 Minutes, in which he shared how he’s come to learn about unequal pay, and what he’s been doing since to try and prevent or fix it at Salesforce.

Turns out Salesforce did have a gender pay gap. It was across the whole company. In every department. Every division. And across every country. Indeed, it’s since spent millions of dollars rectifying it, but has found that unequal pay is not an overnight fix.

One year after its first audit, it found its pay gap had widened once again — mainly because it had acquired a number of smaller firms. So the company spent millions of dollars again removing the gaps.

“We’re going to have to do this continuously,” Benioff told 60 Minutes. “This is a constant cadence.”

Salesforce became one of the first major companies to take a public stand on pay equality back in 2015 by promising to review employee compensation on an annual basis in order to help identify pay gaps.

It has since spent $6 million moving to close those gaps, and last year expanded its assessment to also include bonuses, and to identify pay gaps across race and ethnicity in the US, as opposed to gender alone.

This week, Salesforce has released its latest analysis, finding that 6% of its global workforce requires pay adjustments, following a review of all staff assessing salaries and bonuses globally.

It’s also revealed that it’s still learning about what drives pay inequality, including the levers that can create pay gaps ranging from legacy industry practices to acquiring companies and external changes in the job market. The company’s also found that one off adjustments do not make such pay gaps go away, forever.

This week Marc Benioff has also been named one the worlds 50 greatest leaders, especially for his work championing social causes including gender parity and corporate philanthropy.

For a chief executive, the move towards equal pay takes commitment, hard work, and it may also require a financial investment.

But the first step is admitting that you might have a problem. As Benioff did, not all that long ago, back in 2015.

And can you really be a decent chief executive in 2018, without being committed to such equality?

That was a question Benioff posed on 60 Minutes, and it’s a good one.

“There’s no excuse,” Benioff said. “CEOs, with one button on one computer, can pay every man and every woman equally. We have the data. We know what everyone makes.”

NOW READ: This travel insurer is offering a ‘Gender Pay Gap’ discount and wants other businesses to follow

Well if you want true pay equality, why aren’t all of Salesforce’s employees being paid what Marc Benioff is being payed?