Scaling up: Why Verne Harnish dedicated his career to helping entrepreneurs grow their businesses 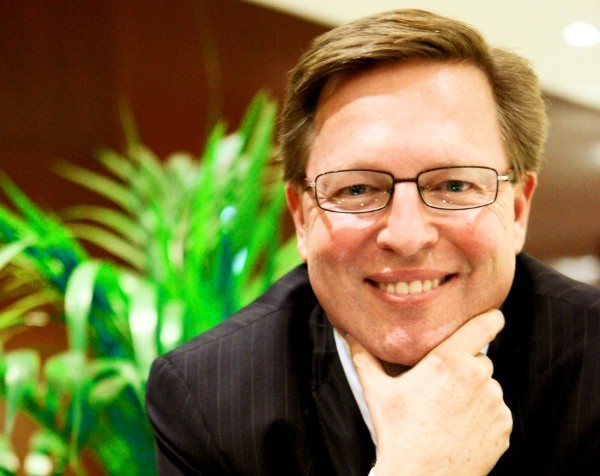 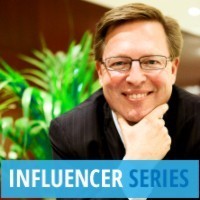 Verne Harnish is known as “the growth guy”. The US native who now lives in Barcelona, Spain, founded Entrepreneurs’ Organisation (EO) in 1987, chaired EO’s leadership program, Birthing of Giants, at Massachusetts Institute of Technology for 15 years and is the author of the classic book for entrepreneurs, Mastering the Rockefeller Habits. He is also the founder and chief executive of Gazelles, an executive education and coaching firm with partners in six continents and 1800 clients at any one time. Across all of its related companies, Gazelles has revenues of just over US$24 million ($31,410 million).

But Harnish’s first experience with entrepreneurship happened much earlier in his life when his father lost his business in the 1973 recession. It was seeing the devastating effects of losing a business on his family that gave Harnish the drive to help other business owners succeed.

Harnish is in Australia this month to speak at the Growth Faculty’s Growth Summit and share insights from his latest book Scaling Up. He will return in September to run a series of workshops for the Growth Faculty.

For 33 years I have done one thing: help entrepreneurs.

My grandparents owned their own businesses and my dad owned a high-tech firm in the late 1960s and early 1970s. But my dad lost his business in the 1973 recession.

Our family moved from Colorado to Kansas and my dad and I started up an appliance repair business. I had come from a privileged and wealthy background and here I was selling appliances at the age of 15.

It was my first experience with the world of entrepreneurship.

I saw my dad lose his company. It devastated him and our family, and I have dedicated my life to keep that from happening to others.

I helped run a $12 million company while I was in college and by the time I graduated, I had been in business for seven years.

In 1991, I was embraced by MIT, having approached Harvard to co-host EO’s Birthing of Giants program. We created the program [now known as the Entrepreneurial Masters Program] and took many entrepreneurs from Australia and other places through that initiative. I still go back to teach there once a year.

My first child was born in 1997 and it was time to get off the road with non-profit organisations and make some money. So I founded Gazelles.

We wanted to eat our own dog food; practice what we preach. I had a five-year plan to 10x the company with 150 coaching partners and 2000 active clients.

The term startup has become so prolific. Everyone is talking about startups. Our focus is on the scale-up.

A focus of ours for 2015 is to pick five countries that want to get their economies going in the next five years. The real economic growth comes from the scale-up.

Most scale-ups have on average 25 years in business before things really begin to take off.

This is my 26th year visiting Australia; I come here once or twice a year and my wedding ring is even from Melbourne. It’s interesting to see Australian companies that I have gotten to know over the years finally hitting that precise inflection point where they are ready to scale up. It can take a couple of decades.

It is the countries with gazelles that excel. It is a huge measure of their economies. For political and business leaders, the real focus should be on scale-ups, as much or more than startups.

But scale-ups make up no more than 2-3% of all the companies operating in an economy. Scale-ups are only around 1% of the UK economy. Imagine if you could double that.

At EO the companies we focused on turn over more than $1 million a year so they had passed significant milestones. But only 4% of all companies will get to that level and a smaller percentage of those will continue to grow.

Making the transition from entrepreneur to chief executive, that’s the tough part.

I started looking at this when I was at MIT. It was a game I played: could I guess who out of the class would go on to build a company? I got really good at it and its now one of my investment strategies.

One thing all good entrepreneurs have in common is a thirst for learning.

Mark Cuban says he reads three hours a day and Warren Buffett reads 500 pages a day. One thing that was highlighted in Buffett’s most recent letter to shareholders was his focus on taking time to read and think.

Mark Zuckerberg wants to read a book every two weeks and Bill Gates takes himself off on a ‘think week’ where he isolates himself and reads 100-120 books, PhDs and white papers.

I don’t think it’s a coincidence that four of the wealthiest people on the planet have this thing in common.

We are at a time when software is eating the world. At Gazelles, we’ve got a project with IBM where we are building both a business coach and CEO in a box. We’re building the same technology for our coaching partners and CEOs directly. It’s very exciting.

You better be creating the software that is eating the world or you will be eaten. There are no other options. We have trucks that don’t need drivers anymore. It’s real.