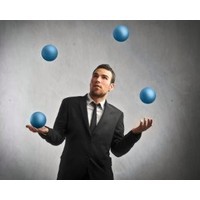 When it comes to leadership, workers want someone who’s not afraid of exercising authority and uses that power to make good decisions, according to a study released yesterday by McCrindle Research.

The survey, conducted in May with 580 employees, points to markedly different priorities than the ones commonly discussed as crucial to effective leadership, says demographer Mark McCrindle, the director of McCrindle Research.

“This counters the broader narrative we’ve been hearing about the ‘T-shirts and chinos’ model of leadership – the inspirational speeches and employee empowerment focus we hear out of American companies,” he says.

The top two characteristics workers most desired in their leaders were competence and ambition.

“This shows the focus on hands-on, skilled, achievement-focused leaders.

“I think it says something about the Australian psyche that differs from that of America or Europe. For example, the British certainly respect a leader who has authority and status. Seniority and rank is their leadership model. We’re not as big on that.

“Americans want a leader who’s inspirational and able to inspire emotion. But here in Australia, we’re pretty down-to-earth, and we like our leaders to be ‘can-do’ types who get on with it. We’re not as into great speeches. That’s part of our history and who we are. This means workers here prefer quite a unique style of leader, which is often missed when people look internationally at good leaders.”

It’s not the first time the research company has looked at preferred leadership traits in Australia. In recent years, McCrindle says they’ve seen an increasing emphasis on competence in leadership, which he thinks can perhaps be attributed to economic conditions.

“In recent years, we’ve seen a little bit of a push back to tradition,” he says. “We had seen quite an upward trend in the importance of the EQ of a leader, which measures their emotional intelligence. So, this tends to emphasise the leader who can create self-directed teams working in flat structures.

“That’s still around – workers say they want to be empowered. But they’re also saying they want leaders who can exercise power without being squeamish about it.”

Adding strength to this view was a question asking respondents what they thought was the most significant factor in the success of a small business or entrepreneurial venture.

The question was based around data from the Australian Bureau of Statistics on business entries and exist, which recently showed only half of all business survive their first four years.

McCrindle Research asked the survey respondents why they thought this was. More than a third (38%) of those surveyed nominated a business’ leadership and management as the most important factor. Another 34% nominated employees – particularly their attitude and work ethics – while only 17% said it was due to the product or service being provided, while 7% nominated external stakeholders like suppliers and clients.

“In difficult times like this, where survivability is more of a factor, that appears to have boosted the appeal of a leader who can make decisions and deliver outcomes,” McCrindle said.

Overall, he said the results were a positive affirmation showing leaders were valued by employees.

“The people that are being led, they’re saying ‘OK leaders, lead’. It shows they’re happy to follow strong leaders, as long as they’re competent and empower the team.”