Secrets from PAs: Why personal assistants are more powerful than you think 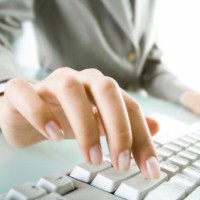 One of Australia’s richest and most powerful men once had a simple strategy when dealing with people in business. He would simply ask his secretary, ‘did they pass the ‘PA test‘?”  And while it may appear an unusual tactic, personal assistant’s often exert great influence in the business decision making process.

In my former days as a PA I too learned this role carried with it a lot of sway. Because the relationship between personal assistant and employer is like holy matrimony of the workplace. Not only can you read your boss’s mind and pre-empt their every move, but you’re also the gatekeeper and chief secret keeper. It’s a position of privilege and pressure, and people who deal with PA’s should be aware their interactions with them matter more than they may understand.

Rah Gardiner, a seasoned personal assistant with 12 years experience (and founder of the successful Smarter Admins blog) can also attest to this.

“I’m the eyes and ears for my director; not only when she’s not around, but also at a level that she’s unable to reach because of her status,” she says, confirming that staff and shareholders are generally more comfortable expressing thoughts to her than the boss.  This allows Gardiner to gain a clearer perspective of work situations and has previously resulted in management changing their tactics. “[The Director] asks my opinion about matters at all levels in our work and there are times when I have changed her plan of action because of the insight I’ve been able to give her.”

It’s a similar scenario for Alison, a personal assistant in the male dominated mining industry for almost a decade. She’s become a trusted adviser to her employer, the company CEO.

“I am often called in to give my boss insight into a variety of situations which may be occurring within the office or with our Shareholders or Contractors,” she says.  He’s also relied on her judgement when employing staff; something potential employees should be aware of.

“During the recruitment of a senior manager role my boss asked me to sit in on the interviews and to ask a few questions,” Alison recalls. “The purpose was to see how the candidates interacted with a woman and whether they just saw me as the support or as a valued team member.”

Perhaps the most important lesson internal staff and external clients should heed is that you upset a PA at your own peril. “I have a phrase: ‘Never piss off the PA!’. If you do the wrong thing by us, we’re not going to go out of our way to help you out the next time you come running!” Gardiner says adamantly. And while some may think this is extreme, it is a reality of the role. Therefore the currency of kindness will go a long way with a PA.

“If you are kind to the PA they can bring your issues directly to the boss, or make an effort to find some valuable time slots with them even when they are busy,” says Simone, a PA in the banking sector.

So the next time you are dealing with a personal assistant, be aware your behaviour can influence the outcome you desire. As Alison states so eloquently, “be pleasant but not patronising.  We’re more than a tea lady.” And if you can do that, you will be sure to pass the ‘PA test’ with flying colours.