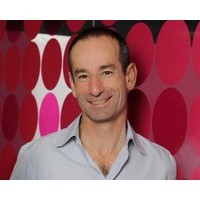 Fifteen years ago, Andrew and Paul Bassat launched SEEK, which would go on to become Australia’s leading online jobs board.

The story behind their success is almost legendary. In 1997, Paul grew frustrated when trying to buy a car, and figured it made sense for classified ads to move from the back of newspapers to the online world. His brother, Andrew, wasn’t yet an internet user at the time, but he saw the potential of the idea.

Together, the two brothers got it funded and running, to massive success. They undercut the prices newspapers charged for posting classifieds, and gave job-seekers a more user-friendly way to look for jobs. It worked as well as they thought it would. Advertisers flocked from newspapers to SEEK, bleeding Fairfax and News Limited of their fabled ‘rivers of gold’ – the classified adverts that paid for their journalism.

Later this month, Fairfax will be demoted from the ASX100 – our top listed companies. Meanwhile, SEEK broke into the same index in 2009, only four years after first listing.

Two years ago, Paul stepped down to pursue other interests, leaving Andrew the sole CEO of the company.

“I have to work a bit harder now, unfortunately,” Andrew Bassat joked in the company’s swanky St Kilda headquarters on Monday.

“My brother and I split the role. So, there were a bunch of things I did without too much involvement from him, and vice versa. Our people reported either to him or to me. So obviously, since he left I’ve had to pick up what he was doing. The executive team have stepped up though.”

The company continues to grow rapidly, posting a $67.5 million half-year net profit, up 11.5% on the previous period. Today 80% of all Australian online job advertising is done on SEEK, according to most sources.

There’s still plenty of growth left in the sector though, Bassat says.

“For us, the focus has never been on growing our market share much further,” he says. “It’s always been about the market growing in itself. There’s still a lot of dollars in print advertising. Print still gets 39% … even though online represents 75% of the activity. The dollars will keep coming from print to online.”

The company also has its sights set on international expansion. Since 1999 it’s operated in New Zealand, but has also expanded to markets in South-East Asia, China and Brazil in the past couple of years. Bassat says many of these markets are about five years behind Australia in terms of things like internet penetration, and are thus set to rapidly grow.

“These markets present significant opportunities for us,” he says. As these economies grow, SEEK hopes to capitalise on these booming markets.

SEEK could face plenty of competition for these markets, whether from local rivals, or social networks like LinkedIn, which are muscling in on the recruitment game.

Bassat says SEEK’s success has always rested on better execution than its rivals.

“Online evolves fast,” Bassat says. “Even 15 years ago, SEEK wasn’t a new idea. Online classifieds were around before. Monster had been very successful in the US. There were probably 100 people around the world doing the same thing as us. It was always about doing it better than anyone else.

“Since then, the industry’s evolved. We have to make sure we evolve faster and keep doing a better job for advertisers and job-seekers. If we keep doing it better than our competitors … hopefully that’ll be enough.”

What I do, not what I say: How Bassat leads

1) What should a leader never say or do?

“The most important thing for managers and leaders to do is embody the culture. It’s not what they say, it’s what they do. You can’t say one thing and do another.”

2) What elements are critical to achieving change?

“You need to make clear where you’re heading, and people have to recognise it’s the right direction. It’s about communication, and properly embodying and leading that change.”

“Two things: People are more productive when they’re happy and content, and when they have a clear sense of direction.”

4) What do you look for in your direct reports?

“There’s a really important judgement aspect for me. I don’t micromanage. I trust people to do their jobs and tell me when they need me. That requires good judgement on their part, which I need to see for a while to decide whether they have it.

“Other than that, clear communication is important, as is specific knowledge they need for the role.”

5) Where do you go for leadership inspiration and ideas?

“There’s not one specific thing I look at. Sometimes you read things in the papers. Sometimes I learn from people under me, or from people in different businesses.”

6) What was the worst moment of your career, or your career’s biggest challenge?

“There’s been a series of challenges. Around the GFC, capital dried up, and that was hard for SEEK. And of course there’s been internal stuff.

“But nothing stands out particularly. There’s always challenges, and you have to deal with them one at a time.”