Senior managers are losing the respect of middle-managers 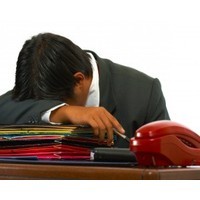 Australian senior executives are losing the respect and confidence of those tasked with carrying out their plans and representing them to their broader workforce, according to a survey by the Australian Institute of Management released last week.

The management body interviewed 2223 business people on how they viewed the leadership at the top end of their organisations. Those surveyed included senior managers, as well as boards, business owners and those in middle-management.

Across a range of measures, senior executives scored worse than they had two years ago, when AIM last completed a similar survey.

Over one-third (38%) of those surveyed do not believe their manager helps them perform at their best.

Just over half (57%) said their managers listened and responded to employee concerns, a figure down 4% on the 2010/11 employee engagement survey conducted by AIM. A similar number (54%) said they felt appreciated by their employer, a figure down 6% on the last survey.

“The data shows that many Australian organisations are grossly underperforming,” said Carmel Ackerly, the chief executive of the Victoria and Tasmania chapter of the AIM. “How can organisations lift productivity and boost the bottom line when there is such a big disconnect between management and the people who report directly to them?”

Ackerly says a key reason for this could be the rising resentment wages that have been held in check for several years. The number of executives and middle-managers who said their employer ‘is not providing adequate salary and employee benefits’ more than doubled since 2010, from 12% to 30%. However, most of those surveyed (66%) said they intended to stay with their current employer for the ‘foreseeable future’.

“These survey findings reveal an unsettled national workplace in which a growing number of managers are unhappy with their salary package but are not intending to leave their employer,” Ackerly says. “Some of these disgruntled managers will simply be going through the motions at work and will leave when the downturn ends.”

Another factor suggested by the results is that many senior managers do not foster a good organisational culture. Just 39% of survey participants said the two-way flow of information between senior and middle-management was ‘effective’ or ‘very effective’, indicating the majority of managers do not believe their organisation makes good use of their knowledge.

Irrespective of whether or not disgruntled managers leave a business in the long-term, businesses are paying now for the low engagement of their middle-managers. The survey revealed only 48% of those surveyed said they were working at full capacity. Many were negative about their workplace, and others complained of being bored with the job.

One of these was a mission or values statement. Businesses with a written-down purpose performed better on employee engagement than those without such a statement. Well over half (64%) of those surveyed said their organisation gets a positive return on having such a statement.

Another factor highly associated with engaged managers was having good relationships with their co-workers. This was nominated by 67% of respondents as the main reason they intend to stay at their workplace, above job satisfaction and flexible working arrangements.

A six-point plan to boosting productivity through staff engagement: