Seven key factors that make us turn off leaders and politicians

This indeed is an interesting time to be evaluating leaders and politicians, with the US presidential election heating up, the UK Prime Minister resigning and closer to home, our political stars out to impress in the last few days before the federal election. But have we had enough? Do we turn off easily? 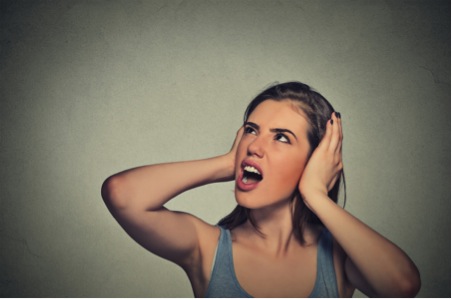 Here are seven key factors that make us turn off our leaders and politicians.

Most leaders want to commence with a great impression, particularly when they are on stage. They do need to speak well and for some fallen leaders their ability to communicate clearly and strongly over time has been their downfall. And more importantly, we expect follow-through. We want the hot-button issues raised and promises to then be detailed, considered, communicated and we want to be able to engage. Leaders can talk their way into insignificance when they bore, when they are weak and when there is no follow through. It is the follow-through where many lose their followers.

I agree, it isn’t fair having your predecessors breathing over your shoulder and heavily insinuating they can do the job better. But you rose above the crown or elbowed others successfully, so now you’ve got to deal with all those others shaping up to knock you off. Life experience counts for a great deal in leadership and politics, as does understanding how the various policy fabrics all come together. Life experience doesn’t necessarily mean age-versus-youth, but rather the use one has made of one’s experiences and the lessons absorbed. Capability isn’t simply workaday proficiency or occasional sparks of genius – that is no recipe for creating confidence in the reliability of your offerings. If there’s no consistency and attention to detail, customers, team members (and voters) tail off and lose interest.

Leaders can’t be entirely blamed for who’s reporting to or collaborating with them (they frequently have to take what they can get), but would-be leaders engender team harmony by deciding who’s best for respective tasks and delegating accordingly. Television shows like Q&A are an education for would-be politicians; audiences see first-hand who’s got it together and who’s merely bluffing. True, some achieve significant “outcomes” while not being Mr or Ms Nice, but superior leaders manage this without metaphorical daggers in the toga.

A strongly ethical approach must shine through everything you do. Some leaders have this naturally. Others never manage to convince constituents that their hands (and practices) are sufficiently clean. High standards and caring, democratic values matter very much in leadership and political life. Reputable behaviour and methodologies represent the ongoing demonstration of responsible methods and responsiveness to surroundings beyond the hothouse of parliament – or the confines of the boardroom.

This, unfortunately, is where the Donald Trump and his supporters believe he’s winning hands-down. What you see with Donald Trump is certainly what you’ll get. For many, “authenticity” is the test of a would-be leader. Granted, “authentic” may seem preferable to a construct, but if coupled with questionable ethics, it can still result in voters (not to mention employees) being put off. It’s best to stick with being who you really are and considering the needs of others.

There is something to be said for resilience in leadership contests. This doesn’t mean lack of conviction or not caring about the outcome (or the thousands who supported you in your progress to leadership). Leaders need resilience as more commonly there are challenges that can throw off the weaker players, or decisions for which many leaders take a beating. Irrespective of who wins the Australian election, the role of Prime Minister requires resilience to weather the storms and display strength in hardship. People want their leaders and champions to be strong and stand their ground, especially when the going gets tough.

Most would-be leaders claim they have “special” qualities that their rivals lack. Sometimes there’s an initial critical buzz about a leader’s latest offerings, but it won’t last if the purpose is ill-conceived, unsustainable or doesn’t fulfil the majority’s needs. It’s no good claiming these times are “exciting” when the electorate mood is dispirited and anxious; vision and purpose need to speak to the zeitgeist. Bernie Sanders, Hillary Clinton’s main party rival seems to grasp this – so does Trump. Come election time, voters will need to gauge which leader is capable of revitalising, not “gaming” democracy. Sadly, too many leaders and politicians end up expert gamers. Fewer tread the path of true leadership, though we all have the potential to grow into this role.