Shark Tank recap: How I convinced Naomi Simson to invest in Hegs, washing pegs with hooks 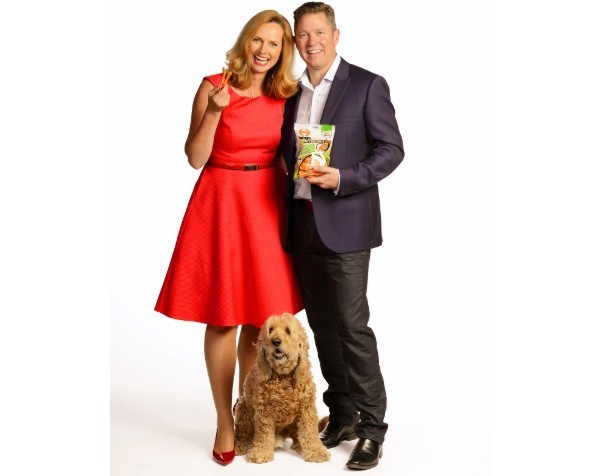 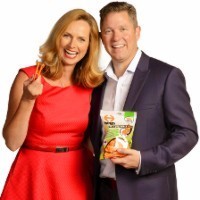 Scott Boocock says he walked out of Channel Ten’s reality show Shark Tank with more knowledge about his business than when he walked in.

The founder of Hegs—a type of washing peg with hooks to help hang clothing including dresses and underwear—also walked out of Shark Tank with a $380,000 deal from shark Naomi Simson.

But Baxter did not walk away empty-handed, doing a $200,000 deal for 40% of Original Rescue Swag, a portable, multi-purpose first aid kit designed by Tracey Beikoff.

Speaking to SmartCompany this morning, Boocock described being on Shark Tank as an “amazing experience” and says after a number of years “working so hard on the product” it was refreshing to be asked questions by the sharks that he never has time to think about.

“I’ve learnt more about running a business, what areas we need to focus on and what not to focus on,” says Boocock, who patented Hegs in December 2012 and began selling the product in November 2013.

“Their questions were based around scalability and growth. I have plans to take it global with international trademarks and patents but they taught me how to go back to basics.”

Boocock says due diligence on the deal has been completed and Simson is now a shareholder in Hegs.

“It’s very exciting for us,” he says. Boocock says he will be looking to Simson for mentorship, guidance and advice. He’s also hoping her contact book will come in handy.

“Naomi’s contact base is really important. Hegs is a product at the end of the day and we will need that contact base for PR and marketing.”

With Simson on board, Boocock says the focus for Hegs is now on international expansion.

“Hegs are being exhibited in Chicago this week at one of the US’s largest trade shows … and we’ve locked in Taiwan, Singapore and Malaysia,” he says.

“We’ve signed deals in England, Ireland and Scotland with Aldi. We have around 17 countries looking at distribution at the moment.”

Closer to home, Hegs are sold in all Foodland, IGA and Foodworks supermarkets across Australia and as of July 6, will be on the shelves in Woolworths stores.

Boocock says the company will turn over $1 million in its first year of selling and is aiming for $4 million in international sales by 2016. He admits there are also some additional products “in the pipeline”.

“We’ve had 30 people already approach us with their inventions,” he says.

“That’s why we’ve created a company called SBi Global to help people get their products to market.”

But keeping the business grounded in the local community is essential, Boocock says.

Hegs are fully produced in South Australia and Boocock is committed to creating local jobs.

“We’ll soon start producing 10 million springs [for the pegs] and there will be 50 people working full-time,” says Boocock, who has teamed up with disability employment service Orana and Bedford Phoenix to provide jobs for people with disabilities.

“It’s all about the jobs. I could fully automate the process but I don’t want to.”

Boocock’s background is as an agent for keynote speakers and celebrities and it was a desire to solve the problem he saw when hanging up some of his wife’s clothes that led him to developing Hegs.

“I wanted to create something that was Australian made, but I also wanted it to be Australian built,” he says.

“I wanted a quality item that around the world, people would know it was Australian built.”

Simson told SmartCompany this morning Boocock’s story is “a wonderful story of innovation”.

“And it’s a story of a very inclusive innovation,” Simson says, referring to the partnership with Orana and Bedford Phoenix.

Simson says she would have laughed at anyone who suggested she might invest in a peg business before becoming a Shark Tank judge, but she was “so inspired by the story”.

“I was on the back foot, I thought, what can I bring to this business?” she says.

“But what I can bring is my branding and marketing skills. And you know what, the only place you can buy Hegs online now is Red Balloon.”

Simson can see multiple target markets for Hegs – including those with limited space to hang their washing, people with arthritis, even teenagers who say hanging up the washing is too hard. And she says at the end of the day, the best inventions are those that fix an obvious problem.

“It really is a better mousetrap,” she says.

“It’s something that we take for granted and so it’s not re-invented. It’s staring us right in the face.”