Should you be entering business awards? 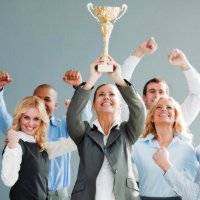 Business awards might involve arduous application forms and the daunting prospect of judges scrutinising your entire operation, but winning businesses say they’re worth it.

Peta Fielding admits she balked at the work involved when receiving word that her business, Burleigh Brewing Company, had been nominated to apply for the 2013 Telstra QLD Business of the Year (which she went on to win).

“But the effort was definitely worth it in the end. Completing the application forms required us to really examine our business, which provided an opportunity for us to reflect on what we have done that has worked well, and understand why it has been good and also reflect on areas that we would do well to improve,” Fielding says.

Winning an award can be an incredible marketing tool that can build reputation, validate capability and give pride to staff, but do your homework, recommends Michelle Devanny, marketing and communications manager of Kiandra IT.

The business is a BRW Best Places to Work, and Microsoft Partner of the Year Award winner, among others. Kiandra IT hand picks awards that offer recognition from industry, from the business community and from an employment brand point of view, Devanny explains.

“The best awards to enter are the ones that have established credibility behind them, or if they are new and have the backing of a well-known, reputable organisation. Awards that are clear in their judging criteria and are independently audited will garner greater respect from both the participants and business community,” Devanny says.

Awards rarely come to those who don’t pursue them, says Dale Carr, founder of mobile advertising network, Leadbolt, which is the current EY Entrepreneur of the Year for technology.

“You’ve got to play to win, as they say. Earning recognition through awards is considered a subset of a well-rounded public relations strategy and raises visibility of top quality work. When we enter an award, it’s an opportunity to be evaluated by experts in the field and gain recognition for the innovations we have worked hard to bring about,” Carr says.

He adds that you’ve got to be very selective about the awards you pursue. Leadbolt pursues two or three awards a year and spends around two or three weeks preparing each submission.

“Then we dive deeper to re-visit our accomplishments, look at the data, and dissect our achievements. We see areas that make us extremely proud, and sometimes discover areas for improvement,” he says.

Carr believes company pride felt internally is one of the biggest, most valuable rewards.

“When our team earns recognition for a product they worked hard to bring to market, it’s a personal victory as well as a company achievement.”

“Winning awards has put us more in demand. In our industry, where the consumer is unsure about what the financial planning process can do for them and where to go, we’re finding being a multiple award-winning firm fosters trust and credibility straight away,” she says.

She recommends tackling an entry form with your entire team.

“Everyone has a different perspective on the business, so putting down those varying perspectives certainly makes a much more colourful entry, which stands out.”

Advisory firm BRS founder Nicole Williams has invested significant time and effort entering awards, which she believes has helped grow the business. Winning can be incredibly humbling, as Williams explains.

She reminds businesses to read the eligibility criteria and the requirements of the application before investing any time in the process.

“I also think you need to be clear on why you’re entering and what would be the advantage of becoming a finalist or a winner,” Williams says.