Should your next CEO be an ‘inside-outsider’? 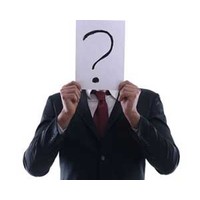 Grow your own. That’s always been pretty good advice, whether of the horticultural or organisational variety. Instead of instinctively going outside the firm to hire new people, it’s generally cheaper and more productive to encourage your current employees to build their careers with the company.

But when it comes to the top job, opinions vary. Some businesses like to groom internal candidates, giving them stretch assignments in the hope that, when the time comes, they can take over without the organisation missing a beat. Other firms, particularly those that are performing badly, are more inclined to bring in someone from the outside. The expectation is that they’ll act more boldly to drive change than an inside executive would.

Organisations and circumstances are never quite the same, of course, so beware of anyone who suggests that there’s always one preferred route to take. But two recent appointments in the UK show us that there is a third, perfectly viable way to fill the top spot.

The BBC just appointed its second new director general (equivalent to a CEO) in the space of three months. The first, a seasoned insider named George Entwistle, was badly burned over the broadcaster’s mishandling of two stories concerning child sexual abuse. One, focusing on the former BBC host Jimmy Savile, was wrongly suppressed; and another, which falsely accused a former member of Parliament of child abuse, was broadcast in error. Although (but also perhaps because) Entwistle was an insider with over two decades’ experience at the BBC, he made too many mistakes to survive.

His replacement, Tony Hall, had also served for more than 20 years at the BBC – but he reached that milestone in the early 1990s. Hall left in 2001 after failing to win the top job at the broadcaster two years earlier. For the past 11 years he has been running London’s Royal Opera House. Amusingly, one of the things that counted against him back in 1999 was that Hall had never worked outside the BBC and was seen as lacking commercial experience.

When he becomes director general in March of next year, Hall may present us with a textbook case of what can be accomplished as an “inside-outsider”. He will bring with him a firm grasp of the essential character of the BBC – a unique organisation, to be sure – but with the perspective of someone who has been busy doing something else for the past 10 years.