Silviu Itescu: the $2 billion man and master of stakeholder relations 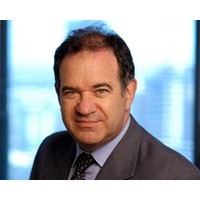 When it comes to managing stakeholders, few can outshine Silviu Itescu. His company, Mesoblast, listed on the Australian Securities Exchange in December 2004, has yet to make any revenue. Why? Because it is yet to bring a product to market. It is working in the risky biotechnology sector with therapies made from adult stem cells – a technical, complex and frontier area of medicine.

Despite this, Mesoblast has $200 million cash in the bank, and a market valuation of nearly $2 billion. Itescu tells LeadingCompany: “We have become the world’s biggest adult stem cell company by a long shot. We are clearly the leader in the industry.”

Mesoblast’s shares are worth $6.54 today: its listing price was 50 cents. They have been higher – over $10 – but the long-term trend is clearly one way: up. Over the past eight years, Itescu has consistently built the value of the company in the eyes of investors.

He retains a 24% share of the company and is a Rich List member, with a personal fortune estimated by BRW at about $500 million this year.

“He is really f**cking strategic,” biotechnology analyst, David Blake, of Bioshares, says. “He has broken the mould for strategic behaviour and thinking by anyone in the life sciences in Australia. He has had at least four new investigational new drug applications passed through the FDA [US Food and Drug Administration]. No other Australian company has done that and had that success rate. That is a sign of the capability within the company, and of its consultants.”

It typically takes 12 to 15 years to take any new medicine from the lab bench to the chemist’s shelf. This is because of the trials and regulation of therapies, which have to go through three phases of human testing. It’s a very long time to keep investors involved and satisfied. The promise is high returns, the kind of super profits that pharmaceutical companies have enjoyed for decades.

Then came companies such as Amgen, producing new therapies to treat conditions such as arthritis and colon cancer. Amgen is listed on the NASDAQ and now worth about $65 billion.

By biotechnology standards, Mesoblast is on track in terms of the pace of its development. “We are about three years from having a product on the market,” Itescu says. That would mean an 11-year wait for investors (although they have already had a 1200% increase.)

What are the strategies that Itescu has used to build his company against such odds?

Biotechnology companies have learned to mitigate the risk of developing therapies by developing more than one product at the time (a product pipeline). Mesoblast started with bone regeneration trials (with dramatic positive results), but has since added a range of other possibilities: cardiovascular disease; diabetes and the conditions that it causes, such as kidney disease; inflammatory conditions such as arthritis; and orthopedic conditions, such as disc damage. “Those are the growth areas for us,” Itescu says. “We have a well-established pipeline, from phase three and two to pre-clinical.

Blake says: “Silviu wants to build products that make sense commercially and medically. You can do the most exciting things in medicine but it has to stack up commercially.”

Partners with money and expertise

Mesoblast secured a very valuable partnership in Teva Pharmaceutical Industries, the world’s largest generic medicine company. Teva bought out a company that had invested in Mesoblast, Cephalon. Teva’s deal delivered $130 million into the Mesoblast cash account, 20% of its shares and agreeing to pay for the phase three trials (the last and the most expensive before a therapy is approved by regulators) of the company’s cardiovascular treatment, Revascor, which is likely to be its first to market.

Mesoblast also has a partnership with Lonza, a custom manufacturer of drug products, which means Mesoblast retains control of manufacturing. Itsecu says: “Those two things are very important: the distribution and the manufacturing parts.”

One early investor is there for more than the money. Mesoblast works from the offices of Thorney Investments, which is owned by the Pratt family (worth an estimated $4.6 billion). Itescu worked at Thorney as a technology assessor, Blake says, before starting Mesoblast.

Keeping control of the most profitable parts of the company

Working with Lonza, which has built a new state-of-the-art manufacturing operation in Singapore, Mesoblast is able to create between 10,000 and 15,000 doses from one donor. That makes it a very efficient manufacturer. Blake says: “Another reason why this company is different is that it was developed with a view to having a hold on manufacturing and that is an important part of it.”