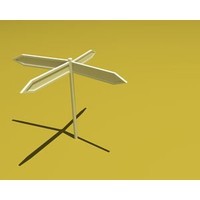 A decade ago, in the course of studying why certain high-tech companies thrived during the internet boom, we discovered something that surprised us: to shape their high-level strategies, companies such as Intel and Cisco relied not on complicated frameworks but on simple, specific rules of thumb.

Typically, managers had identified one critical process where a bottleneck impeded growth, and then crafted a handful of guidelines to manage that process. This approach helped companies to bridge the gap between strategy and execution – to make on-the-spot decisions and adapt to rapidly changing circumstances while keeping the big picture in mind.

At the time, we knew that simple rules worked in practice, but now – as a result of subsequent research that we and others have done – we have a much richer understanding of why they are effective and how to construct them.

The story of America Latina Logistica, or ALL, illustrates how simple rules can help companies shape strategy in an uncertain environment.

In the late 1990s, the government of Brazil privatised the country’s rundown freight lines. ALL was spun off from the Brazilian railway authority in 1997 to manage one of the country’s eight freight lines. Its new management team took over an organisation that was bureaucratic, overstaffed and bleeding cash. Middle managers were confused about what to do, and many pushed their local agendas at the expense of the company’s overall best interests. The team decided to adopt a simple-rules approach:

To set a clear direction, the senior managers decided on four companywide priorities: cut costs, expand services to existing customers to grow revenues, invest selectively to improve infrastructure, and build an aggressive corporate culture. The management team identified capital budgeting as a critical bottleneck keeping the company from achieving its objectives. Next, ALL’s CEO assembled a cross-functional team to develop simple rules for prioritising capital spending. Any proposal, the rules said, should:

The simple rules aligned key decisions with corporate objectives. In addition, they translated the broad priorities “expand services to existing customers” and “cut costs” into clear guidelines that managers and employees understood and could act upon. The rules helped people avoid the paralysis that often strikes when they’re confronted with too many alternatives.

Once they understood the rules and their underlying rationale, ALL’s employees generated a series of innovative proposals based on what they had to work with. While its competitors were spending lavishly on new equipment, ALL repaired decommissioned engines, bought used locomotives from African carriers and replaced damaged sections of the main line with dismantled tracks from abandoned parking stations.

One frontline employee came up with the idea of increasing the size of fuel tanks to lengthen the distance engines could go without refuelling.

That inventive, from-the-ground-up approach contrasted sharply with the way investment decisions had been made in the past: the Brazilian railway authority had issued detailed investment guidelines that left local employees with little scope to exercise their creativity or judgment. That system was efficient, but the new management team decided that the company needed adaptability more than efficiency.

Strategies often falter in execution because of insufficient co-ordination across the organisation. Misunderstandings are inevitable when business units, functions or subsidiaries have differing worldviews. Employees frequently attribute breakdowns to incompetence or bad faith on the part of colleagues in other departments. The cross-functional team that created ALL’s rules included the head of each department as well as the CEO. As a result, the rules functioned as an explicit agreement across units to guide decision-making.

Many people believe that complex problems require complex decision-making models. But adding more variables leads decision-makers to give too much weight to peripheral considerations. Complex models also demand huge volumes of data, are susceptible to computational errors, and hinge on assumptions about unknowable variables such as disruptive technologies that, if wrong, can throw off the results.

Within three years, ALL’s Brazilian rail operations had increased revenues by 50%. When it went public in 2004, it had grown to be Latin America’s largest independent logistics company, had the most extensive rail network in Latin America, was noted for its performance-oriented culture, and was listed among the best employers in Brazil.

IDENTIFY A BOTTLENECK THAT IS BOTH SPECIFIC AND STRATEGIC. Single out a place in the organisation where opportunities or investments exceed resources and, as a result, keep the organisation from achieving its major objectives. The bottleneck needs to be a relatively narrow, well-defined process or process step, not a broad aspiration. Most organisations face multiple bottlenecks, of course. But managers should not develop simple rules to address every constraint. Instead, they should focus on one or two critical areas where rules will have the greatest impact.

LET DATA TRUMP OPINION. Before developing simple rules, we ask managers to write down what they think the rules will be. They are almost always wrong. Shoot-from-the-hip rules typically overweigh recent experience, reflect personal biases and ignore anomalous data. The best rules, in contrast, draw on a thoughtful analysis of historical experience.

USERS MAKE THE RULES. Managers’ first instinct is often to draft a set of rules to send down the chain of command. But it’s the people who will apply the rules who are best able to craft them. They can also test the rules in real time to evaluate whether they are too vague, limiting or cumbersome. Letting users develop the rules can help a cross-functional team sort through tough decisions. On the flip side, the lack of top executive commitment is the best predictor that simple rules will fail. Senior executives undermine simple rules for several reasons: They don’t trust their team to develop or use the rules, they don’t want their personal discretion constrained, or they prefer to keep decision criteria vague. Regardless of the rationale, lukewarm support from the sponsoring manager dooms simple rules to failure.

THE RULES SHOULD BE CONCRETE. Rules shouldn’t be difficult to grasp; they can translate into simple yes-or-no criteria.

THE RULES SHOULD EVOLVE. Simple rules should change with the company and the market and as managers gain a richer understanding of what their strategy means in practice. Managers can foster that evolution by building in periodic checkpoints and capping the total number of rules.

Simple rules represent the beating heart of strategy. When applied to a critical bottleneck, carefully crafted and used in a mindful manner, simple rules can guide the activities that matter. In a world of hard trade-offs, they are one of the few ways managers can increase alignment, adaptation and co-ordination all at once.

Donald Sull is a professor of management practice at the London Business School and a global expert on managing in turbulent markets. Kathleen M. Eisenhardt is a professor at Stanford University and a co-director of the Stanford Technology Ventures Program.