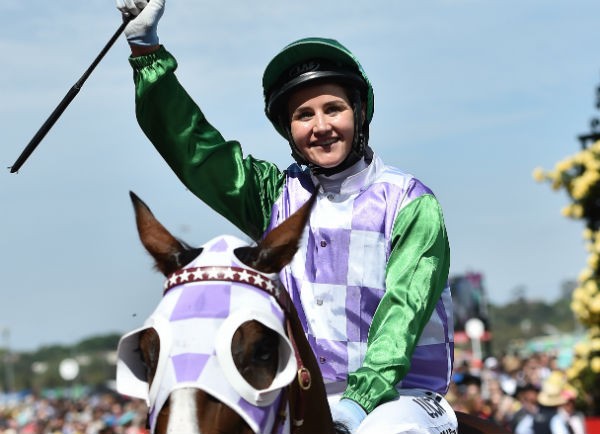 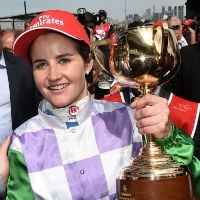 Michelle Payne has taken the racing world and the Australian sporting scene by storm, riding Prince of Penzance to victory in the Melbourne Cup yesterday.

The 30-year-old Victorian jockey is the first female jockey to win the $6.2 million race in its 155-year history.

Prince of Penzance is owned by John Richards and trained by Darren Weir.

Payne’s journey to this highlight in her career is one of hard work and perseverance, even in the face of serious injuries that could have forced her out of the sport she loves.

Michelle Payne says she has dreamt of winning the Melbourne Cup from when she was just five years old.

“This is everyone’s dreams as a jockey in Australia and now probably the world,” Payne said in a post-race interview yesterday.

“And I dreamt about it from when I was five years old and there is an interview from my school friends, they were teasing me about, when I was about seven and I said. ‘I’m going to win the Melbourne Cup’ and they always give me a bit of grief about it and I can’t believe we’ve done it.”

Born in 1985, Payne grew up in regional Victoria and from a young age, followed in the footsteps of seven of her siblings who have also spent time as jockeys. Payne’s father Paddy Payne is also a former jumps jockey and horse trainer and her brother Patrick Payne is a well-known trainer in Victoria. Two of her sisters are married to jockeys, Cathy to Kerrin McEvoy and Maree to Brett Prebble.

According to the Herald Sun, Payne rode her first race at the age of 15 in Ballarat and won. The horse she rode was Reigning, a horse trained by her dad.

Payne was urged by her family to retire from racing after she fell from a horse while racing at Sandown in 2004. She suffered a fractured skull and bruising to her brain, but chose to continue.

Five years later, Payne won her first Group 1 race in 2009 in the Toorak Handicap. In that race, she rode Allez Wonder, a horse trained by the late Bart Cummings.

4.     Surround yourself with your biggest advocates

There have been times when Payne did consider retiring, including in 2012 when she was injured twice from falling during races.

But the ABC reports Payne’s father told her not to rush into the decision.

“I had two falls in a year and all up fractured nine vertebrae and I came home and said to me dad, I think that’s me done,” she said.

“Two or three years ago, I think, and he said, don’t panic, you’ve got plenty of time to think about it, just relax, which was surprising because he wanted me to retire before that! But I think he likes watching me ride!”

Perhaps one of Payne’s biggest supporters is her brother and strapper Steven, who has worked at trainer Darren Weir’s stables in Ballarat for close to a decade.

Steven Payne drew the winning barrier one for yesterday’s race and took home the Tommy Woodcock Trophy as the winning strapper yesterday.

“We are the youngest two and we are close,” Michelle Payne said after the race of the brother she lives with, Fox Sports reports.

“It’s great that I can share this with him.”

In post-race interviews yesterday, Payne was quick to point out not everyone believed in her abilities throughout her racing career.

“To think that (trainer) Darren Weir has given me a go and it’s such a chauvinistic sport, I know some of the owners were keen to kick me off, and (owner) John Richards and Darren stuck strongly with me,” Payne said, according to the ABC.

“I can’t say how grateful I am to them. I just wanted to say that everyone else get stuffed, because they think women aren’t strong enough but we just beat the world.”

Payne said she hopes her victory will mean other women jockeys are given the same opportunities.

“I feel sorry for all of the girls out there that haven’t had the opportunity, that I’m the first one, because I think everyone [of them] deserves it,” she said.

“I just really hope it helps open up more opportunities and we get more of a go.”

Payne’s brother Patrick Payne told the ABC his sister has earnt all the success she has achieved.

“She’s done it all herself. We’ve criticised her all her life but she was defiant, she said she loved doing it. And she’s proved us all wrong so good on her,” he said.

“She’s got a big of a pig-headed nature to her, growing up in a family of 10 she’s had to be quite tough and look after herself.”

6.     Understand the power of networking

As well as the support of her family, Payne has also sought out mentorship from other successful sportspeople, including through her work with champion surfer Layne Beachley.

Payne is an ambassador for the Aim for the Stars Foundation, which was founded by Beachley in 2003 to inspire Australian girls and women to achieve their dreams.

In March, Payne and Beachley teamed up to raise more than $30,000 for the foundation’s charity event at Moonee Valley in Melbourne.

Writing about the event on her blog, Beachley said the pair had a lot of fun together.

“I was thrilled to work with Michelle,” Beachley said.

“Her passion about making a difference, combined with her sheer determination to succeed in a male-dominated field, makes her the perfect role model for our scholars.”

Beachley took to Instagram yesterday to congratulate Michelle, who she described as “such a grounded, gracious and generous woman”.

“Congratulations on breaking through the glass ceiling and becoming QUEEN of the turf!”