Size does matter (in signatures) 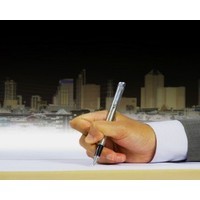 The research: Aiming to judge the impact that narcissistic leaders have on organisations, Nick Seybert and his colleagues measured the signatures of 605 CEOs on a decade’s worth of annual reports from nearly 400 Standard & Poor’s 500 companies.

Large signatures – which have been linked to narcissistic personality traits such as dominance and outsize ego – were positively associated with overspending, lower returns on assets and – paradoxically – higher CEO pay relative to that of industry peers.

The challenge: Can a little thing like a big autograph really predict an executive’s performance? Professor Seybert, defend your research:

A: Obviously, we can’t say that everyone with a large signature is a narcissist and therefore a bad leader. But the study I did with Sean Wang of the University of North Carolina and my colleague at the University of Maryland, Charles Ham, does show that when an annual report has a big CEO signature on it – as measured by the area of a box drawn around the signature’s end points, and controlling for name length – a firm will, on average, spend more on capital goods, research and development, and acquisitions than its industry peers, yet show worse sales and sales growth over the next three to six years.

More recently, we found a correlation with patents. The larger the signature, the fewer patents and patent citations, suggesting a lack of innovation.

We also found a link between big signatures and higher pay relative to peers. Perhaps that’s because narcissists are good at masking or shifting blame for substandard performance.

Q: You’re making quite an assumption here about signature size and narcissism. Is it really a valid indicator?

A: The best indicator is a high score on a narcissistic personality inventory, but I don’t know many CEOs who would submit to that sort of evaluation.

You can also look at individual behaviour, but that’s not feasible for a broad-based study of hundreds of leaders – never mind that narcissists can be pretty effective at hiding their true colours.

So we had to find another, easily accessible yet still reliable, measure. We turned to a series of studies that Richard Zweigenhaft of Guilford College did showing that people with higher self-esteem and more dominant personalities had larger signatures.

Since both those traits are associated with narcissism, we thought it fair to make the leap. And indeed, when Zweigenhaft saw our paper, he ran his tests with a small sample to look specifically for that correlation and found evidence suggesting that there is one.

Others studying the link between CEO narcissism and corporate performance have considered things like pay or the prominence of the person’s picture in the annual report. But more people than the CEO influence those data points. A signature, by contrast, comes directly from the leader, probably without much thought.

Q: Couldn’t a signature be sized up or down in an annual report, just like a picture?

A: We asked several companies about that, and the standard practice seems to be for the CEO to sign on a tablet so there’s a digital copy that can be printed on any corporate document. Most firms say the copy size is pretty close to the original and that it doesn’t change from year to year.

We also measured signature size by the number of components the CEO includes in his or her name. Does he use a full first name or a nickname? Any middle initials or middle names? In our scoring system, someone named William Christopher Lloyd Gunderson Jr. would get a 0 for signing Bill, 1 for Bill Gunderson, 3 for William C. Gunderson, and 5 for writing out his full name.

The findings were the same: CEOs with more components in their signatures presided over worse performance, on average.

A: Rupert Murdoch of News Corp. is one example. We’ve all heard stories about his autocratic style, and a lot of people thought he shifted blame and acted anything but humble during the recent phone-hacking scandal. And, sure enough, his signature is quite large.

Q: But many people want leaders to be hard-charging, dominant and confident. Aren’t there some benefits to being a narcissist?

A: There certainly can be. Take Steve Jobs. Unfortunately, we couldn’t find his signature on Apple’s annual reports – and believe me, we tried – but, according to all the stories about him, he definitely had some narcissistic traits.

He wouldn’t listen. He berated people. He always had to have his way – from refusing to accept customers’ demands for Adobe Flash to insisting on a glass screen for the iPhone. He also happened to be a genius and a visionary with exceptional taste. Not every narcissist is that lucky.

Most people who have grandiose ideas about their own abilities and refuse input from others make worse decisions. And even the most successful narcissists, like Jobs, leave collateral damage – frustrated employees, lost talent, damaged industry relationships – that can hurt their companies even if the financial performance looks good.

You also have to realise that anyone being considered for a CEO position is going to have a healthy dose of self-esteem. We’re talking about people who take confidence too far.

Q: So how do you tell the difference between the two? Should people who hire and fire CEOs start measuring signatures?

A: The underlying message is that corporate boards and investors need to be on the lookout for narcissists because they can have a detrimental effect on performance – especially when it comes to younger, R&D-intensive firms, where a single decision from a CEO can have a much bigger impact.

When there are warning signs – like the behaviours I’ve described – boards need to closely monitor corporate decision-making, return on investment and compensation schemes. As for signatures, they’re easy to look at, and they can be subconscious indicators of personality. Of course, now that our paper’s out, people will be thinking about it. They might start downsizing their signatures.

Q: How big is your signature?

A: Mine would fall into the 20th percentile of the CEO signatures in our sample, though my score on the narcissistic personality inventory is slightly below the mean for all men.

So my signature might understate my narcissism. But I also think the CEO population is on average more narcissistic than the general male population is.

Nick Seybert is an assistant professor of accounting and information assurance at the Robert H. Smith School of Business at the University of Maryland, College Park.