From ski bunny, to comedy, to Oprah Winfrey’s chief of staff: Leadership lessons from Libby Moore 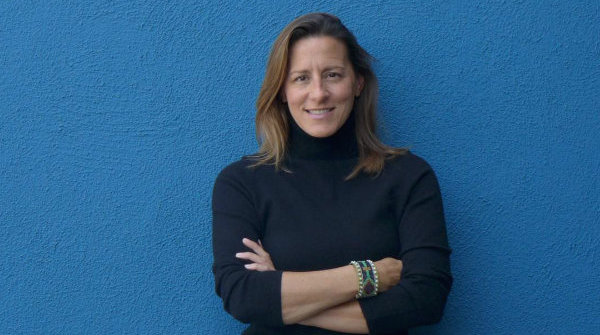 As far as interviews go this was bigger than big. So was the job. If Libby Moore was successful she would become Oprah Winfrey’s chief of staff.

She would become the right hand-woman to one of the most powerful women in the world. She would lead a team of five personal assistants during the height of Oprah’s reign as television host, philanthropist, media executive and entrepreneur. She would be responsible for managing the superstar’s business and personal life.

When Moore first met Winfrey and was asked why she wanted the job, Moore’s response was far from conventional.

Moore spent the next 11 years working as Winfrey’s chief of staff.

“I hit the job jackpot,” she tell Women’s Agenda from her New York base. “It was like winning a Grand Slam. It was extraordinary and even now — five-and-a-half years after leaving — it’s actually hard to articulate because it was so massive.”

To say the job was consuming is a vast understatement. An average day saw Moore arrive for work between 6.30-7am and leave between 10-11pm.

The show was syndicated to 144 countries and the demands were constant. Moore would routinely reply to 250 emails while watching the taping of the talk show. And that was just one hour of her 15-hour work day.

“I got to take care of her so that she could do what she did best. It was my pleasure to support her in that way,” Moore explains.

“As far as pressure goes the highs were super high and the lows were super low. Not because of Oprah, because of everything else swirling around that level of power, money and fame.  Again, if it were not for the excellent team of assistants that I worked with, I never could have made it in that job. It was team work in the truest sense of the word.”

Moore’s career path is the polar opposite of linear; it seems testament to an innate willingness to take risks and change paths.

Despite wanting to be “a surfer, a cowboy or an 18-wheeler truck driver” she got an associates degree in radio and television and started working at the age of 20 selling radio advertising, newspaper advertising and writing radio commercials.

She then spent two years as a ski-bunny in Colorado, doing all manner of jobs: cleaning houses, babysitting and walking dogs and skiing as much as possible. At 25 she moved to New York to pursue a career in comedy.

She wanted to write for Saturday Night Live but a month after arriving she got a job as a personal assistant to a well know American talk show host, Maury Povich.

Initially she was interviewed for a job as his driver. After a second interview and a “test drive”, taking him home after the show, Libby backed out.

“I said, ‘thank you for the invitation, but I just can’t see myself being a driver for a year. I’m going to have to pass on this, but if something else comes up, please let me know’.”

Something else came up a month later which is when Moore became Povich’s personal assistant. That was the role that launched her “assisting career”.

After working with Povich for three years she returned to comedy. She completed three levels of Gotham City Improv workshops before becoming a member of the sketch comedy group, Urban Side Effects. She also completed stand up comedy classes.

After two years on the comedy circuit she began working as executive assistant to Jann Wenner, the publisher of Rolling Stone. Four years later she wanted a change.

“I actually had an interview at Saturday Night Live, however I knew I would not get the job there, so started sending writing submissions to the Rosie O’Donnell Show, which was a big talk show at the time,” Moore says.

After 10 months of sending those writing submissions and getting zero reply she thought, it wasn’t meant to be.

She said a prayer along the lines of:  “clearly you don’t want me to have this job with Rosie. So whatever it is you want me to do, every atom, cell and molecule in my body, mind, soul and spirit is open to it. Show me what it is, make it really clear and I’ll do it”.

Five weeks later a recruiter approached Moore about an interview in Chicago … with Oprah Winfrey.

The job jackpot brought it with it many gifts: there are too many highlights to list according to Moore.

Eleven years later she wanted to stay but knew it was time to go.

“I was absolutely burnt out and fried. I wasn’t very good at balancing ‘my life’. As amazing as the job was, and the friendship that Oprah and I had, my personal life was really suffering. I had three long term relationships while I was in that job,” she says.

“I could not continue any longer in the position.  I needed to take a leap of faith and see where I would land.”

Be yourself: “The greatest value, is to be yourself with all people at all times in all situations, and that’s a hard thing to do, and I’m still working on that myself today, every day. What I found is that when you are yourself, that is when doors of possibilities open up for you because we’re all unique individuals.”

Make mistakes: “It’s going to happen and it’s fine. Pick yourself up, learn from it, move on, don’t get stuck, spinning in your head on that mistake. I actually think mistakes should be rebranded and called checkpoints on a highway. ‘Check, passed that one.’ You learn from it, you move on.”

Ask questions: “When you’re hired at a new job in particular, you’re not expected to know everything right off the bat; it’s a great time to ask questions and learn and grow and make these things that we call mistakes and, move on.”