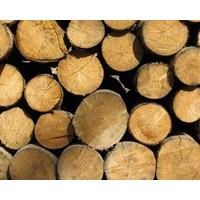 There’s something Shakespearean about John Gay, the former Gunns CEO.

When he took the top job at the Tasmanian timber mill in 1986, it was a small, privately-owned company turning over just $10 million a year. He made it one of Australia’s largest corporations. At its peak in 2003, it had a market capitalisation of $900 million. But just as he took it to the top, Gay’s decisions and, many have argued, his hubris, brought it to the perilous state it’s in today.

Speaking to The Weekend Australian earlier this month, Gay was unapologetic: “I put my heart into it and, at the end of the day, I got rolled,” he said, two years after he walked away from the top job.

Yesterday, the woodchipper was placed into administration. Unable to secure funding for its controversial pulp mill and in a trading halt for the last six months, questions are already being raised about the corporate disclosure practices that left shareholders in the dark. A class action is being brought by Maurice Blackburn, alleging that the company and its leaders, including Gay, knew about its disastrous profit downgrade in 2010 for months before they alerted investors.

But Gay’s corporate history wasn’t always so checkered. He left school at 15 to work with his father. He then started his own timber mill, and in 1973, when he was 28, he was head-hunted by Gunns as a timber manager. He was appointed general manager in 1982, then to the top job in ’86. The company listed in the same year. Gay spent two and a half decades building it up, to great success. He landed on BRW’s rich lists.

But it was not to last.

Ultimately, the pulp mill was his undoing. It roused the ire of the growing Tasmanian green movement. Activists spent years shifting public opinions about the activities of what was then Tasmania’s largest company. Through his hostile reaction, Gay arguably squandered community sympathy. In 2005, he sued 20 environmental activists, including Greens leader Bob Brown. Gunns claimed $6.5 million in damages, saying protests had cost Tasmania jobs, and Gunns profits. The company would settle the case out of court five years later.

These decisions can be fairly ascribed to Gay. When it came to the company’s corporate governance, his influence was undeniable. He was an executive chairman (effectively the CEO and a chairman at the same time), a common occurrence in the corporate governance practices of companies that go astray. A strong chairman can be balanced by a robust board, but Gunns’ board, at the time of its 2009 annual report, contained only six directors other than Gay. Boards thrive on robust disagreement and discussion. Fewer directors can lower the quality of this back-and-forth. And boards are hugely reliant on management, meaning it can be difficult to argue with an executive chairman.

Gay resigned in 2010. ASIC quickly bought charges of insider trading against him, alleging that he sold shares in December 2009 months before the shock announcement of a 98% half-year profit slump. He disputes the allegations. When he bowed out, the company was loaded up with debt as woodchip prices tanked. In 2011, the company sold off many of its assets to fund the pulp mill, but still needed a partner. ANZ agreed for a while to front up the cash, but after being picketed by activists, decided not to.

Earlier this year, hopes of Singapore-based Kiwi billionaire Richard Chandler riding to the rescue were dashed after his company declined to invest in Gunns, after conducting due diligence. Gunns issued a statement saying it had failed to meet Chandler’s “social licence” criteria, despite Chandler’s earlier assurances that Gunns had made “significant progress” in recent years. The woodchipper, it appeared, was too toxic to be involved with.

The company went into a trading halt as it searched for another partner, and tried to save not only the pulp mill but its own future. Under its current management, it appears to have failed. But perhaps success was impossible. When current chief Greg L’Estrange took over in 2011, the most significant decisions, and the company’s dire reputation, had already been made.