“So damn liberating”: Harteffect founder Andrea Culligan on letting go and having a year off 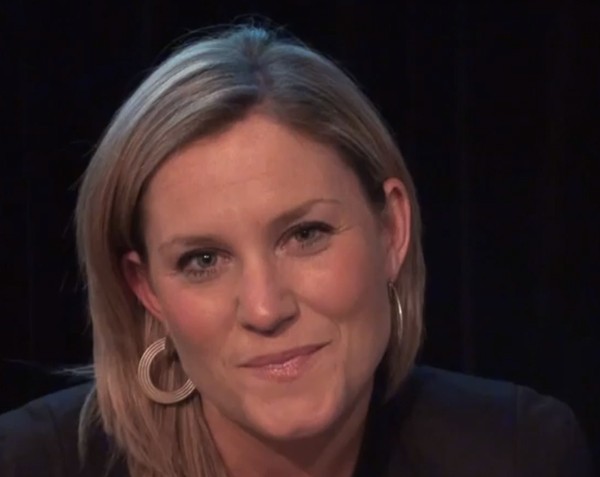 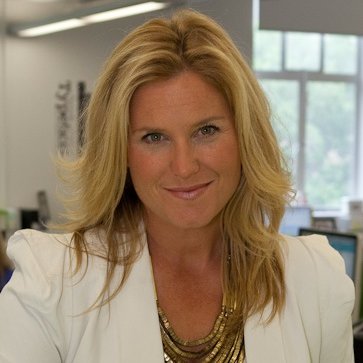 About half a year ago the founder of branding agency Harteffect and jobs board Unigrad Andrea Culligan made a decision she says petrified her: she left the business world to get away from it all.

The serial entrepreneur is certainly no stranger to high-profile life.

With seven businesses and 17 years’ experience as an entrepreneur, Culligan’s various ventures have turned over between $1 million and $10 million a year.

But at the start of the year Culligan and her husband Roger sold everything they owned to embark on a gap year of sorts.

“We packed four bags and flew to Canada to buy a caravan and travel for the foreseeable future,” she told SmartCompany.

Six months in, Culligan still operates a part of her business remotely – which sees her working about 15 hours a week instead of 60 and writing a blog called ‘Sabbaticalish’ – but life is not anywhere close to what it was.

The trip has allowed her to focus on her personal needs and ask herself the questions “you ask yourself after a while for some perspective”, she says.

It wasn’t one thing, Culligan says, but rather a combination of things over 12 months that culminated in the final decision, reached during a camping trip in Victoria’s Alpine region.

“Our business had been reduced considerably, our staff was minimal, our overheads almost extinguished and the pressure had been released,” she says.

“My husband and I, who works with me, were in the middle of the forest feeling calm, peaceful and quiet for the first time in many, many years.

“I didn’t argue, I didn’t fight it; my gut told me it was the best thing to do and I replied nervously, ‘OK, let’s go’.”

Up to that point, Culligan says the decision to leave her business proved far from easy.

“I was almost petrified to indecision,” she says of the time.

“I felt that there was a lot on the line with my network of close friends, business acquaintances and entrepreneurs around the world; all of which felt in jeopardy.

“I thought that leaving the country would mean leaving a considerable amount of opportunities behind and I wouldn’t be there to take them.”

Things happened quickly once the decision was made, but Culligan suggests the idea of working remotely had been simmering for a while.

“Two years ago, we moved to a co-working space with 15 staff,” she says.

“It was brilliant and allowed me to truly reconsider how small and large teams can work.

“It also saved us a truckload of money and time.”

Culligan says in her absence her business now uses contingent teams for projects where it’s all hands on deck, and she utilises her team’s consultants regularly.

“Their work is impeccable,” she says.

“(It) really did validate the direction we were heading with the business anyways, which was have full-time staff for day-to-day work and for all peak/trough-based work we utilise contingent teams.

“We get the best staff on fixed costs without full-time overheads.”

Ups and downs before the trip

Culligan cites a range of business books, blogs, Ted Talks and “other inspiring people” as the motivation for the trip, but is honest about the other major reason for the trip – her wellbeing.

“I have run and sold businesses for 17 years and after a collection of challenging things in the business, I was incredibly mentally and physically exhausted,” she says.

“One of our businesses had gone into administration, we lost our biggest client after 12 years and I had some serious culture problems in the business.”

Culligan recalls the shame she felt after one of the couple’s businesses folded.

“It was one of the hardest things I’ve ever been through.

“That, combined with then losing a client you’ve worked with for over 12 years, was such a catalyst for shame.

“With some time, sleep and stepping back, I’ve gained perspective.  It is most definitely not the end of the world.”

Culligan says she now believes her “suck it up” attitude had overshadowed the need to “heal, breathe and focus on wellness for a while”.

Stepping back from it all has led to some important realisations for Culligan, who says perhaps the most important is the importance of sleep.

“Sleep is essential: For years I managed on four to five hours a night.  I crammed everything in,” she says.

“The insight, presence and health benefits that come from eight hours sleep a night are incredible.  I had experienced joint pain for three years.  They had done all of the tests and couldn’t quite determine the cause or the solution.

“After six months of sleep, along with eating well, removing toxicity and stress, the joint pain is almost nil. Sleep has healed so much.”

Culligan also thinks she had focused on “surviving and protecting” the business rather than working on it.

“I know that every business book teaches you not to do this, but when I was in it, I found it very difficult to maintain that approach, especially under duress,” she says.

Culligan uses the term “blinded” to describe how she feels about her experiences of being ‘on’ all the time.

“I was running so fast and so hard that I neglected to take care of myself,” she says.

“I was trying to make large decisions when I had little sleep, little money and little vision – for me, those were grave. They had consequences on culture, business and my personal relationships.”

One positive revelation for Culligan is “you can work anywhere”.

“When we started this trip, I wasn’t sure if the working remotely thing would truly eventuate on a regular basis,” she says.

“I had hoped I would settle into a rhythm … It just happened for me.”

Culligan says she is discovering she can do without the traditional definitions of success and is getting closer to what makes her really happy.

“Sometimes we only see the dollar signs at the end of the day as being a ‘true entrepreneur’, yet success is so many different things to different people,” she says.

“It’s hard to buck the public trend of it being about money and staff numbers, but if success means having a supplementary income and enough time to spend with your kids, then that’s your version.”

Freedom and living with less

Travelling agrees with Culligan, who says she loves meeting new people, seeing new places and being inspired by new things, especially in nature.

“I’m obsessed with trees and sitting amongst them gives me energy I can’t find anywhere else,” she says.

“I love connecting with nature – whether it be swimming in rivers and lakes or hiking or mountain biking and fishing.”

Learning to live with less is also a new adventure for the couple, who had accumulated quite a bit of stuff before embarking on the trip and adopting the caravanning lifestyle.

“When my husband and I met, we had already established our lives and we both arrived in the relationship with full houses and wardrobes,” Culligan says.

“When we decided on the departure, we sold everything – even the cutlery – and it’s so damn liberating.

“Upon purchasing our caravan in Canada, we decided strictly what we required – no more, no less and we find that we use all items – nothing goes to waste and nothing is frivolous.

“To us it’s freedom of not feeling the burden of ‘things’.”