Social licence to operate: why the bankers are worried 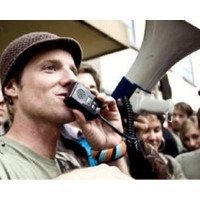 Bank-bashing is nothing new. But is it a problem for our nation’s largest financial institutions?

The Australian Bankers’ Association thinks it is. The lobby group’s chief executive, Steven Muchenberg, confirmed on Tuesday that it had been using the services of consultancy Futureye to guide it in taking steps to reverse the rising level of government interference in the industry.

“Politicians are responding to community demand, and we have to address perceptions in the community so that we can lower the political and regulatory heat,” he told The Australian.

Keeping the public on-side  – known in the industry as “social licence to operate” – is a growing concern for companies.

Some industries, such as mining and banking, are more vulnerable than others, but any sector can find itself a target.

In March, a Greenpeace strategy document was unearthed that detailed the activist group’s well-funded plan to disrupt mining in Australia. Banking is a highly-regulated industry, and there have been calls for more regulation in recent months after the banks raised interest rates despite the Reserve Bank of Australia keeping the cash rate steady.

Trashing an industry’s reputation is easier today than it has ever been. Activist groups can easily reach large numbers of consumers through social media, and producing high-quality communications is cheaper than ever. This year’s most viral video – Kony 2012 – wasn’t produced by a professional media group, but by an advocacy group.

No longer are activist groups limited to the people who can be convinced to stand around holding placards. Today they’re making videos and other online content, professionally putting their message directly to concerned citizens across the globe.

This makes it more important than ever for companies to foster good relationships with their stakeholders, and that includes the community.

In fact, she says it’s “diametrically opposed” to PR and marketing.

“The traditional approach is … essentially about spin – about controlling the messages,” she says. “You’ve got to be honest, even when you don’t have solutions to problems.”

“Open, honest, transparent engagement is the only way.”

The first step to managing a social licence is for companies to comprehensively map and understand who its stakeholders are.

“The extent to which a company can understand and anticipate what community expectations will be determines whether they can be a leading or reactive company,” Joel says. “You’re essentially trying to get companies to move from a reactive state, where activists are running the agenda, to one where they understand their community’s expectations, and meet or exceed those expectations.”

Many companies do not sufficiently understand what their community is likely to be outraged by, and this condemns them to merely reacting to community concerns instead of proactively moving to address them before they arise.

“A lot of companies now, because it’s in vogue, talk about ‘shared value’, which has been around for a while,” Joel says. “But [that framework] isn’t comprehensive enough, because it doesn’t pick up on possible outrage factors.”

While companies are quite good at accurately assessing operational hazards, they often fail to prepare for potential outrages. Unlike operational and health risk, outrages often bear no correlation to hazards.

“Windfarms a classic example of that. They’re the best new example of green technology, and pose zero hazard. But windfarms didn’t anticipate the community outrage,” Joel says. “Despite causing no hazard, residents were outraged, which led to regulation of the sector.”

When concerted activist campaigns against a company arise, the solution is open and transparent engagement with all stakeholders, including activists.

“They now have to engage, very quickly, those NGOs [non-government organisations] and activists … [but] that’s really abhorrent for a lot of companies. They really don’t want to do that. They don’t anticipate [the community] expectation.”

It’s not enough for companies to point to their importance to the Australian economy because politicians respond to broader public concerns, Joel says.

“The nature of the landscape, because of social media, is such that an activist can get a campaign up incredibly quickly and gain enormous traction. People believe what their friends and family say more than anything else. The explosion of social media and citizen journalism has escalated this issue.

“Gone are the days when companies working in the middle of Australia can get away with a particular mode of operating. Activists can take footage, stream it online, and garner a lot of support.”

It’s not all bad news, however, Joel says. Many companies have successfully navigated organised activist campaigns against them. For example, McDonald’s fought back from a groundswell of public outrage, fuelled by highly critical documentaries such as Supersize Me, by implementing a healthier menu. In response to a consumer movement demanding better conditions for the growers of cocoa beans, Cadbury now has all its chocolate fair-trade accredited.