What David Coe taught us: CEO and chairmen can’t be one 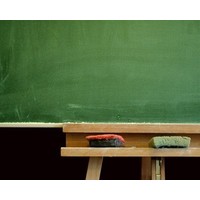 There is a lesson to be drawn from many a corporate collapse, and the one presided over by the late David Coe, at Allco, was no different.

Coe died of a heart attack at age 58 earlier this week and is rightly remembered as much for his philanthropy, his generosity and his 20 years of business success as for the horrible failure of his listed company, Allco, which invested in infrastructure and airlines until its demise in 2008, owing close to $10 billion to creditors and shareholders.

Hindsight is a marvellous thing, as we know. Whether or not Allco’s collapse was predictable is not the point of this story. The world was caught unawares by the global financial crisis, and Allco was just one of many to be impaled on the pointy end of the debt crisis.

However, Allco shared a weakness with many other companies that have hit skid row over the decades: its chairman and chief executive were one and the same, at least for a lot of its life. In the press, Coe is generally referred to as executive chairman, although late in the company’s life, Bob Mansfield became the chairman and David Clarke the chief executive.

The Australian Securities Exchange (ASX) devised its corporate governance guidelines in the wake of one of our other enormous corporate collapses: HIH Insurance. The CEO, Ray Williams, was determined by a Royal Commission to have had effective control over his chairman, Geoffrey Arthur Cohen. (Williams was jailed for more than two years after the collapse and Cohen banned by Australian Securities and Investments Commission (ASIC) from being a director or senior executive of an insurance company.)

Here is what the ASX guidelines say on the matter of independence of the board:

Recommendation 2.3: The roles of chair and chief executive officer should not be exercised by the same individual.

Could it be any plainer than that?

Independence of the board is defined as the very first fundamental principle of sound corporate governance in the preamble written by the ASX’s corporate governance board, which itself comprises 21 different groups with a stake in the future of the capital markets that are the basis of our economic system.

Kenneth Lay was the CEO and chairman of Enron – which collapsed as a result of fraud and corruption – for 18 years. Enron’s dirty dealings also managed to destroy the fifth-largest accounting firm in the world, Anderson, with 80,000 people losing their jobs in its collapse. (Lay was convicted of securities fraud and other charges but died before going to prison).

The point is this: a company board represents shareholders. It is a mechanism that recognises that company executives cannot always maintain independence in their outlook because they are involved in the daily cut and thrust of corporate life. The chair is meant to act as a break, a challenge and a guide to executives to ensure, in as much as it is humanly possible, that the executives deploy shareholders capital effectively and efficiency and in a way most likely to bring a good return.

The chair needs to be especially robust when managing powerful executives. Although HIH had a chairman, he was found to be unable to stand up to the manipulations and force of his CEO.

It is a reality of the stock market today (and for at least the past decade) that shareholders are very disengaged and disempowered. How many of us know which companies we own through our super funds? How many super funds take any role in active corporate governance on our behalf?

Coe was an exceptionally gifted financier. He was so good that he realised the dangers he faced, and was quoted in The Australian Financial Review, in 2006, describing them.

Mr Coe, executive chairman of the $3 billion Allco Finance Group, said the levels of debt going into some deals [were] higher than he had ever seen.

“You have got to start questioning some of the fundamental assumptions around the leverage going into the deals on a long-term sustainable basis,” he said.

Mr Coe did not expect to see any forced sales of businesses bought by private equity groups in the short term because of the strength of the local economy, but predicted longer-term systemic issues.

He said clever structured financing could not turn a bad deal into a good deal.

“You need to be pretty confident of the sustainability of that cash flow,” he said.

Had Coe been able to thrash out his doubts with an independently-minded chair, perhaps he might not have suffered the humiliation of Allco’s collapse, and the lives of many shareholders and creditors would also be very different today.