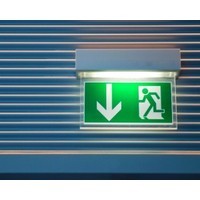 When Wharton management professor Peter Cappelli and Monika Hamori of IE Business School analysed job search data from a leading executive search firm, they found that more than half of the high-level executives (52%) contacted by the firm agreed to be candidates for positions outside their company.

The number of executives who responded to the search firm’s initial call was “higher than I expected,” says Cappelli, director of Wharton’s Center for Human Resources. “I thought that most executives would be more committed to their organisations, that they wouldn’t be interested in moving. People have family ties and work projects they have invested time and energy in, and yet more than half of those contacted basically said, ‘Yes, I’m interested.’”

The two researchers’ data focused on executives in the financial services sector, including CEOs, chairpersons and executive vice presidents as well as directors, partners and principals, among others. The executives did not initiate the search process, and they had to agree to be a candidate before they learned much, if anything, about the job in question.

Although one frequently hears executives complain about lack of loyalty among employees further down the organisation “these executives are among the least loyal people in the company,” Cappelli notes, adding that the more senior the executive, the more willing he or she is to engage in a job search. The lack of allegiance to one’s company “is symptomatic of a broader way of managing organisations in general,” Cappelli says.

Most of the companies included in the researchers’ database “routinely dump people and go outside to look for new ones. So in that sense, maybe it’s not so surprising that 52% of the people are willing to think about leaving. That’s the way the companies treat them – as disposable.”

Moreover, employees these days expect to work for several different companies during their careers – a significant change from earlier decades when they could look forward to lifetime employment and in-house career guidance.

Individuals now are managing their own careers – seeking out job training to diversify their skills, setting up their own networks and finding their own mentors. As Cappelli notes, “a lot of the perceptions of career advancement are based on the notion of changing companies”.

The two researchers found that executives with “career breadth” – including international experience – are more likely to engage in a job search, suggesting that when executives are moved around from city to city or country to country “they don’t develop strong ties to the organisation. It becomes easier for them to leave”.

It’s not just geographic mobility that influenced executives’ responses. As the paper states: “Those with broader experiences who have [rotated] across functions and business sectors, even within the same company, are also more likely to [answer a call from a headhunter] because they have more to learn from search about the broader set of opportunities that might be presented to them.”
The research paper ‘Who says yes when the headhunter calls? Understanding executive job search’ will appear in Organization Science next month.

Reasons to stay – reasons to leave

Among the two researchers’ other findings: executives who work for firms that offer above-par financial performance and higher levels of compensation relative to peers are less likely to search for a new position elsewhere; the longer an executive has spent with his or her current employer, the less likely he will engage in a job search; and the more time that has elapsed since an executive changed employers, the less likely he or she will be interested in looking for a position outside the company.

On the other hand, shocks “that affect the prospects for one’s future career” increase the likelihood of job searching, the researchers write. Examples include completion of a merger or acquisition in the last two years, a change in CEO or a major restructuring – i.e. “another way of saying that jobs will be lost and positions changed, and we don’t really know what the future is going to look like,” says Cappelli.

Think about the world of politics, he suggests: “Your candidate is behind in the polls; you have a position in his or her administration at election time. Will you talk to the search guys? Yes, probably.”