If you want to motivate someone, shut up already 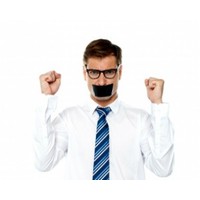 THE FINDING: Words of encouragement do not inspire people to perform better during a workout.

THE RESEARCH: Brandon Irwin asked subjects in a lab to perform two sets of abdominal exercises called ‘planks’. Some people did both sets alone. Others did the first set alone and the second with a virtual partner who was an expert at planks and was projected onto a screen.

Half the partners were quiet, and half said things like “Come on!” “You can do it!” and “You got this!” The subjects who had partners all exercised longer during the second set than the subjects who were alone. But those with silent partners did planks 33% longer, while those with ‘encouraging’ partners did them only 22% longer.

THE CHALLENGE: Does being urged on actually dampen our drive? Should coaches of every stripe just stop it with all the motivation? Professor Irwin, defend your research.

A: We didn’t expect this, but it’s a really clear result. Constant encouragement did not have the intended effect of inspiring plankers to improve. Having a partner who was better than you appeared to be incredibly motivating, however – a 33% improvement in performance is huge – as long as that person didn’t try to motivate you.

A big reason why superior partners are motivating is that people want to compare favourably with others. But if anything undermines your belief that a partner is better, you feel you don’t have to put in as much effort to achieve a favourable comparison.

Q: Why would encouragement lead to less improvement than no encouragement? Did people think the partners were being condescending?

A: One thing we observed was that by the end of the study, the subjects who had vocal partners considered themselves to be their equal at doing planks, despite a lot of evidence to the contrary. Our theory is that these subjects didn’t register that the encouraging words were directed at them; they thought the partners were encouraging themselves. This made them think the partners were less capable.

The takeaway here for coaches may be that superiors should speak directly to their reports – that is, use their names. And managers who feel that they are struggling may want to keep it a secret from their teams. Performance improves less if people aren’t striving to reach your level.

Q: Should personal trainers just stop all that rah-rah yelling?

A: Not necessarily. Our results don’t really suggest that all encouragement is bad. It just doesn’t seem to be as good as leading by quiet example. Until we know more about the mechanism behind this mitigating effect, our advice would be for coaches to be specific – to not only use people’s names but address their needs directly.

Q: This goal you used is so immediate. Many goals are long-term or much more complex. Maybe vocal motivation is needed in those situations?

A: Actually, we followed this research up with a study of people who rode exercise bikes over five sessions. We used a similar setup: some with virtual partners, some without. In this study, though, all the partners were silent. This time the results we got were even more pronounced. Subjects with partners doubled their time on the bikes.

However, the study added another element: one group was told they were on a team and contributing to a team score over the five sessions. Subjects with partners in that group tripled their time on the bikes.

Q: Why does believing you’re on a team make such a difference?

A: What we think is that the feeling of being indispensable, which results from the shared goal, makes you work harder, especially when you know you’re the weaker link in the team. The bond becomes stronger.

Q: These trainers were strangers. Maybe vocal encouragement is motivating if the more skilled partner is a friend or a personal trainer – or a manager?

When you’re simply performing a task alongside your friend but not as the team’s weak link, there’s still a motivation gain, but it’s no different from the gain you’d see from being partnered with a stranger.

Q: Can’t we just cut checks to motivate people and get it over with? Money must offset this?

A: No. We tried that, and monetary rewards for individuals seem to get in the way of motivation. In another study, we offered subjects one lottery ticket that gave them a chance to win an $80 gym membership for every second that they held a plank.