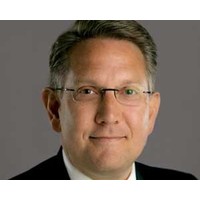 Funds manager Perpetual may have halved its profits on last year, but its new chief Geoff Lloyd isn’t apologising.

“It’s been only a short period of time since my appointment as CEO of Perpetual,” he told investors this morning. Lloyd was appointed managing director and chief executive of Perpetual in February. He announced a dramatic transformation program for the company three months later.

Today he told investors it was well on track, and had the checklists to prove it.

Perpetual – which has $22.6 billion of investor funds under management – has been buffeted in recent months by ongoing uncertainty in global equity markets, leading investors towards stable assets, such as gold, over the types of investments Perpetual specialises in.

Today, it posted net profits of $26.7 million, down from $62 million the year before. This included $16.2 million in restructure costs.

Lloyd said several times that he wasn’t content to have Perpetual wait until markets and investor confidence recovered.

“This isn’t just about cost reduction,” he said. “It’s about changing our model so we focus on areas where we have a real competitive advantage, rather than doing it all ourselves.” As part of this, the company has identified an interesting new market – the millions of dollars held in trust for Aboriginal and Torres Strait Islander people from native title claims.

Today the company announced it had appointed Fujitsu as its IT outsourcer.

“It’ll give us significant value, both in terms of cost-savings, and on service and capability.”

“We’ll only have a small IT team here.”

Since July, 87 staff have left or been sacked. In June the company said it would cut up to 300 jobs over the next few years.

Perpetual’s three-year plan, due to be completed by 2015, focuses on three core areas: simplifying the business, refocusing it on areas of competitive advantage, and growing them further.

To simplify the business, Perpetual has already overhauled its corporate structure. After slashing executive and board pay in June, it has hired three of the four group managers who will form its ‘transformation office’.

As part of its ‘refocus’ objective, the company also signed the IT outsourcing agreement with Fujitsu.

In terms of growth, the company has established a group to explore opportunities created by Aboriginal native title groups increasingly appointing professional trustees to manage payments and funds. This has been positively received, with three initial trust appointments totalling $40 million in assets already signed.