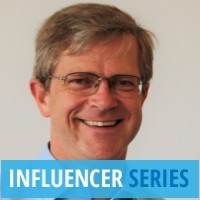 Christopher Stenhouse says it is a truism of business that the company you start running is not usually the company you end up running. It’s a sentiment that captures the journey the 52-year-old Sydneysider has been on since founding his video streaming platform Switch Media almost 10 years ago.

Coming from a background in engineering and a stint at Telstra, together with co-founder Luke Durham, Stenhouse initially built what he describes as a “curated YouTube” that aggregated video content from various sources into one place. But he soon found the clients he was pitching to were interested more in the technology than the content. Today Switch Media provides the software and hardware for other video producers, including major television broadcasters, to aggregate their own digital content.

Switch Media employs 40 staff and has recorded an average revenue growth rate of 50% for the past seven years. Stenhouse says if Switch Media follows that same trajectory, it is well on track to reach $10 million in revenue within the course of next year.

I am an engineer by training. I worked as an engineer in Germany and France before coming back to Australia and working in management consulting.

I was exposed to different industries and all aspects of companies’ strategies and operations. I started to see the similarities and the same sorts of issues. I went into sales and marketing in air traffic control and road management before going to Telstra, where I moved around in various roles, including operations improvement and marketing.

In hindsight I was equipping myself in all the functional areas I would need: sales and marketing, operations and strategy.

When YouTube was launched in 2005-06 it struck us what was about to happen with video. It was still pretty scratchy then but video was on the verge of being delivered in a big way very quickly by a whole lot of people.

We started off with more like a curated YouTube. We worked with content from film schools – short films and animations – and we pitched it to various people as an advertiser-sponsored model.

I remember pitching it to an organisation and they said, ‘um, we’re not that interested in your content but we really like the platform. Just let us use your platform, that’s the business.’

And so it ended up being the business. We now provide cloud-based software and hardware. What then became the key thing was our ability to manage content in the right format for delivery. We say to people, ‘we’ll take the content and manage it for you or give you the tools to do it yourself’.

We started with customers who lived and breathed video, traditional broadcasters and publishers. And we established our base.

Our technology has been part of the ABC’s iView since its inception and we worked with Foxtel for the London Olympics in 2012. We helped Channel Ten with the Glasgow Commonwealth Games and Channel Seven with the Australian Open.

I had come from working in a very large company as part of the improvement side of things for Telstra’s Bigpond and Luke comes from a background in engineering and has worked for Austar and Foxtel. So we approached the market quite differently from others.

We didn’t take a web perspective; we drew on our backgrounds in telecommunications and broadcasting. We could understand broadcasters, talk their language and know their issues and systems. We could take them on this IP journey.

The business has been completely self-funded. It imposes a discipline that is an iron fist; you don’t have a lot of room to move.

But it was exciting. We were lucky to have core customers like the ABC and Fairfax, which could see a need for this. They were early adopters.

A lot of our research and development is partially customer funded. Once you start to build up a suite of customers, a lot of them want the same kind of stuff so you can build new products with confidence. We also offer software as a service, with regular updates.

One of the biggest reasons why our customers need us is the rate of change in technology in this space. That itself is a challenge for us customers but it is why we are valuable. We specialise in being aware of the new technology, getting to know it quickly and working out if it is of value or not.

Word-of-mouth has helped us grow. It’s partly our nature; we’ve never been major self-promoters, but it has been driven by a lack of funding as well.

I remember one of our new clients ringing us up and saying ‘why aren’t we talking? We should have talked before now’. I agreed and said ‘you’re right, let’s talk’.

I’m very proud of our team. You should always employ people you like. They need to be competent and have the right capabilities, but we spend so much of our waking hours at work, you want it to be enjoyable too.

We’ve always made sure our people have a nice fit with our own image. We’re excited and passionate about all the opportunities this technology has to offer and we want to work with people who are equally passionate.

As a chief executive I think you always worry about being able to guarantee your colleagues a stable, long-term income flow.

I have a personal obligation to these people who have a mortgage and wives and husbands.

But the nature of our business does let me sleep at night more readily. Some elements of our services are customised and we charge more for project work, but we have recurring annual revenues from clients that rent out the platform.

I recently came back from a trade show for the broadcast industry in Las Vegas. There were seriously large companies there spruiking stuff and it was slightly unsettling. But once you lift the bonnet you realise they are not necessarily any better than you are. Often they are worse because they can’t be as innovative.

Our business plans have always been quite fluid. I had come from an environment that was rigid with processes and strategies and operational plans.

When there are just two of you, you don’t need that. After the first year or two our board meetings were us having lunch together. We would knock up half-a-dozen bullets points and that was enough.

But now that we are a company with 40 people, you don’t need those Telstra-style processes but you do need a bit more communication as you have different people responsible for different parts of the business.

We’re still trying to keep it very light though. With 40 people you need to make sure everyone is more or less in sync. We have PowerPoint presentations to keep everyone informed but they are not laborious.

There is still room for us to grow in our current space but there are other areas of growth too. We have developed a retail security product and we’re doing quite a bit in transport operations.

Increasingly there are opportunities on trains, planes, buses and trams where there is a captive audience. The next step is live video and on-demand programs on those networks.

There are also more possibilities for live events. There’s growing awareness of inserting ads during live events. It’s not just pre-roll at the start of clip—we can provide the tools to insert an ad during a break or when the sporting teams are changing ends. It can be an ad that is tailored to the viewer and their location.

The content streaming space in Australia is becoming more competitive but it will take longer than what everyone thinks.

Netflix is here to stay. They have deep pockets and they will change viewing behaviour. Foxtel and Stan and the others will need to continue to adapt as they already are doing.

Younger generations don’t watch TV and movies the way their parents did. The industry will continue to evolve and no one knows what will happen. But we definitely see a trend of organisations delivering more content they have generated themselves directly.